Nigerian Hollywood actress Uzo Aduba had a breakthrough year with her stellar performance in Netflix series ‘Orange Is the New Black’ as a slightly psychotic character Suzanne ‘Crazy Eyes’ Warren.

Harper’s Bazaar magazine is recognizing Uzo Aduba as one of the women featured in their 2014 “Women Who Dare” list. She is described as ‘the actress with eyes wide open’.

You can read her full feature here on Harper’s Bazaar. 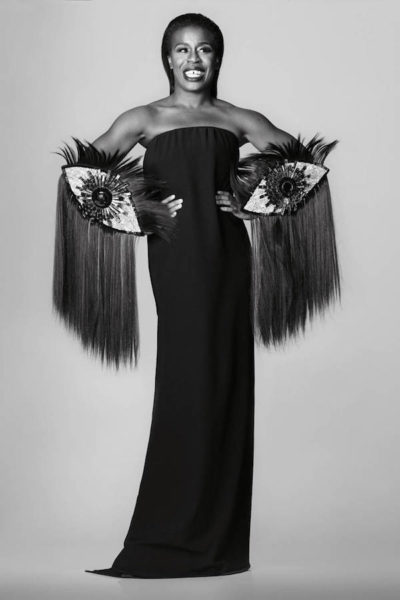 In the feature, Uzo Aduba describes her sojourn into Hollywood as daring and “taking all risks and chances. It took me a long time to arrive at that—you know, from my gap teeth to my name. I’m realizing, You don’t need to change anything about yourself. This is who you are, and it’s okay. That’s daring.