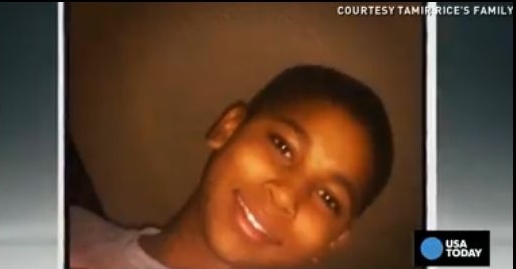 A 12-year-old boy with a replica gun was shot and killed by Cleveland police over the weekend.

Police authorities had received a report about a 911 call in which someone reported that a juvenile was scaring people with a gun that was “probably fake,” USA Today reports.

Officers arrived at the scene on Saturday and the boy, Tamir Rice, pulled the fake weapon. According to reports, he did not point the gun at the police or make any verbal threats. One of the policemen shot him twice in the torso. He died on Sunday at MetroHealth Medical Center.

In the aftermath of the incident, Jeff Follmer, president of the Cleveland Police Patrolmen’s Association, said “the officers were not told the 911 caller thought the gun might be fake.”

Rice’s gun was an “airsoft”-type replica gun, a BB-gun type gun that looked like a semi-automatic pistol.