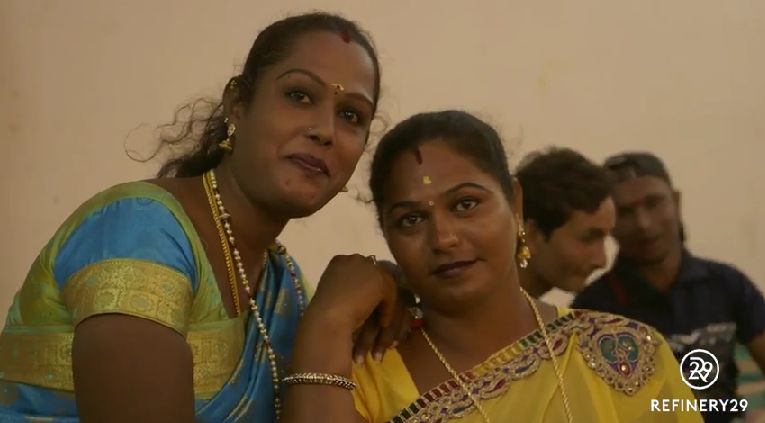 India is known for being the 2nd most populated country in the world. With a total of 1,262,670,000 men and women, there is a section of that population that is a little different – the 2 million members of their transgender community.

In a bid to discover the transgender world and enter this gated community of women who used to be men, called the “Hijra”, Asha Leo of Refinery29 traveled to the Coimbatore, India to meet, live and discover the ways of the Hijra.

The Hijra are described as a diverse range of people who consider themselves to be outside the categorization of male or female – but are largely described as those born male who transition through a combination of “gender affirmation” surgeries.

Although they were just officially recognized by the Supreme Court in India earlier this year, the idea of the “Third Gender” is not new to them. According to ancient books, the Hijra have held cultural, political and even spiritual importance throughout history. They bless new born children, pray over newlyweds and give their blessings to anything new that is happening in their community. However, even with these benefits of having the Hijra community present, they are still a source of shame to their families and communities. Most of them have resorted to prostitution to make ends meet, are abused and molested on the streets and are often met with prejudice.

Leo meets with a member of the Hijra who takes her into their gated community, revealing their distinct cultural values, including the reason why  the Sari is a seen as a badge of honour and a symbol of self.

The Posts & Tweets Paid Off! Models.com Ranks Kendall Jenner the Most “Social” Model