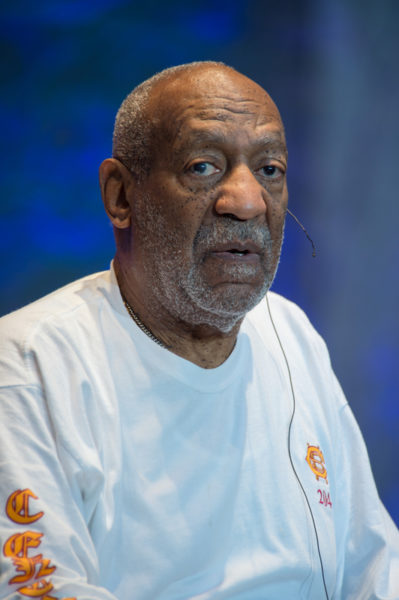 Weeks after an actress came out to exclusively tell Daily Mail about the sexual abuse and rape she suffered in the hands of Bill Cosby, Bill Cosby is finally breaking his silence on the issue long enough to say that there will be no comments.

According to lawyers of 77-year-old Bill Cosby, best known as the character Cliff Huxtable, patriarch of an African-American family in the hit TV sitcom The Cosby Show, the charges made by Barbara Bowman have been discredited and there is no need for Bill Cosby to comment on the decade old allegations of sexual abuse.

Several women have accused the comedian of sexual assault going back almost 30 years. Bill Cosby has always denied the accusations, and has never faced any charges.

His lawyer said the actor “would like to thank all his fans for the outpouring of support and assure them that, at age 77, he is doing his best work”. He said Mr. Cosby did not intend to “dignify” the allegations with a comment and would make no further statements.

The statement published on BillCosby.com reads:

Over the last several weeks, decade-old, discredited allegations against Mr. Cosby have resurfaced. The fact that they are being repeated does not make them true. Mr. Cosby does not intend to dignify these allegations with any comment. He would like to thank all his fans for the outpouring of support and assure them that, at age 77, he is doing his best work. There will be no further statement from Mr. Cosby or any of his representatives.

In an ironic twist, yet another woman has stepped forward with claims that Bill Cosby sexually assaulted her when she was a teenager.

According to Joan Tarshis via Huffington Post, Bill Cosby sexually assaulted her twice in 1969 when she was 19. The former actress and Bill Cosby were both working at Universal Studios, and she said he took an interest in her. Bill Cosby often pushed alcohol on her, Tarshis said, and on one instance when the two had been working on material together, she fell unconscious at his bungalow after having a cocktail he made for her.

Desmond Elliot: I Didn’t Suddenly Go into Politics; Politics Has Always Been a Part of Me