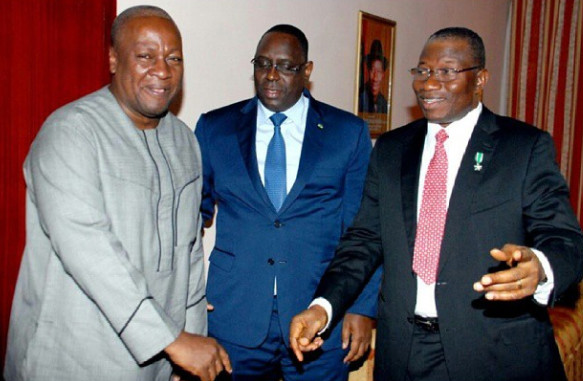 Three West African Presidents brokered an agreement on a one-year political transition in Burkina Faso leading up to elections in November 2015, local media reported on Thursday.

According to the agreement, the military would hand power over to an eminent civilian personality to lead the transition.

The reports said political parties and civil society groups would be able to propose candidates for the post.

It said that they met new military leader Isaac Zida, diplomats, representatives of political parties and civil society as well as religious and traditional leaders.

‘Burkina Faso should overcome the pain as quickly as possible, so that all parts of society can participate in decisions making it possible to create a stable democracy,’’ Mahama said.

Over 4,000 Rats Killed in 2 Days at Popular Indian Hospital

Pres. Jonathan is Bright like a Diamond! So APC Politicians Need to Wear Shades – Reno Omokri