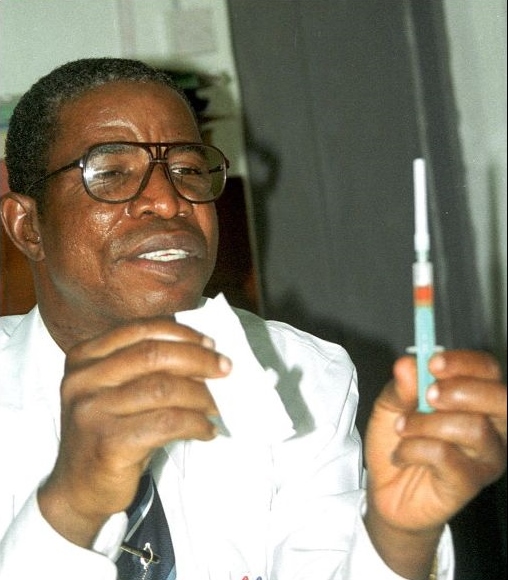 The Federal High Court in Makurdi on Friday lifted NAFDAC’s ban on the use of Dr. Jeremiah Abalaka’s patented vaccines for the treatment of HIV.

The court, presided over by Justice Binta Nyako, also restrained the Federal Government and NAFDAC from further interfering with the use of the vaccines.

Abalaka, an Abuja based medical practitioner, had challenged NAFDAC for banning him from using the vaccines he discovered in 1999 for the treatment and prevention of HIV.

Joined in the suit were the President of the Federal Republic of Nigeria and the Attorney General of the Federation.

Testifying before the court, Abalaka, who also called three witnesses, said he discovered a recipe to turn the virus in the infected blood of HIV infected person into both preventive and curative vaccines.

He said he applied for the patent of the discovery and was granted on July 22, 1999.

“I wrote to health institutions and authorities in Nigeria to draw their attention to the discovery to collaborate with me to test and confirm the breakthrough.

“This was in order to bring succor to sufferers of HIV but the letters were ignored.’’

Abalaka said the National Institute for Pharmaceutical Research and Development (NIPRD) took him up on the discovery and confirmed the potency of the drugs.

“This was done through a report on Feb 28, 2000, but the Federal Government discontinued further collaboration with me and the institute.’’

He disclosed that various agencies of federal government, including its hospitals, had purchased the vaccines from him and applied them on their own patients who had HIV and many were cured.

“When the FG discovered that the vaccines were potent, it sent agents to me with the sum of N10million for the breakthrough to be announced in Atlanta Georgia, USA, but I refused’’, Abalaka had alleged.

Abalaka said his vaccines were then banned from being used for the treatment of HIV epidemic in Nigeria by NAFDAC.

His counsel, Paul Omale, had urged the court to determine whether the defendants had justified their banning the vaccines and “sentence about 3.5 million Nigerians to death’’ while there was effective and safe vaccines to cure them.

Omale further urged the court to determine whether the defendants had shown any harmful side effect of the vaccines.

Counsel to the defendants, Uche Ezekwesili, however, abandoned their plea as he could not call witnesses to justify the ban.

Delivering judgment, Justice Nyako said since there was no cure yet for HIV, it was only fair for the defendants to have allowed the plaintiff to use the vaccines on infected persons with their consent.