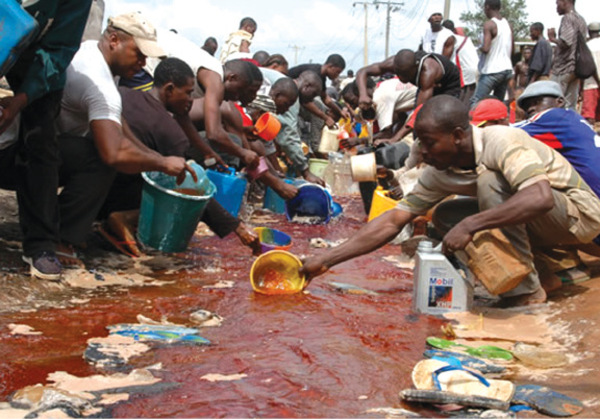 Scores of suspected pipeline vandals attempting to illegally extract petrol from a petroleum pipeline belonging to Nigerian National Petroleum Corporation (NNPC) are feared dead after a fire broke out during their activities.

The incident occurred on Thursday evening, in the Ijedodo area in Lagos, when the vandals were scooping the petrol into jerry cans, Vanguard reports.

A fight reportedly ensued among the vandals, and one of them ignited the fire that subsequently caused an explosion, causing the entire area to catch fire.

Samsung to Unveil its Smart Office Solutions at 2014 Lagos Trade Fair this November!