Nicki Minaj is on a roll!!

From magazine covers, hosting the 2014 MTV EMAs, a new album and more – the rap queen has definitely got a lot going on as the year comes to an end.

Nicki Minaj is the cover star for Complex Magazine’s December 2014/January 2015 issue and she slays in a fierce shoot done by Vijat Mohindra.

Check out pictures from her shoot below! 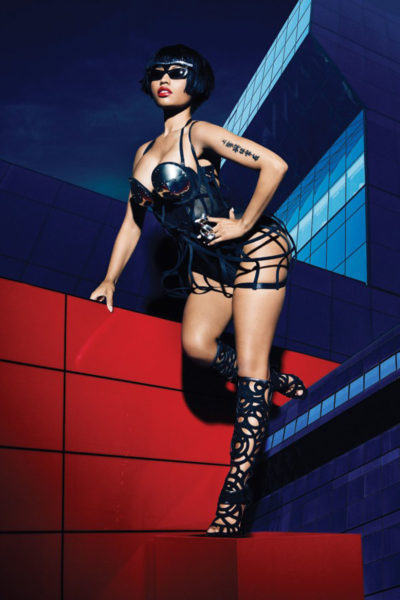 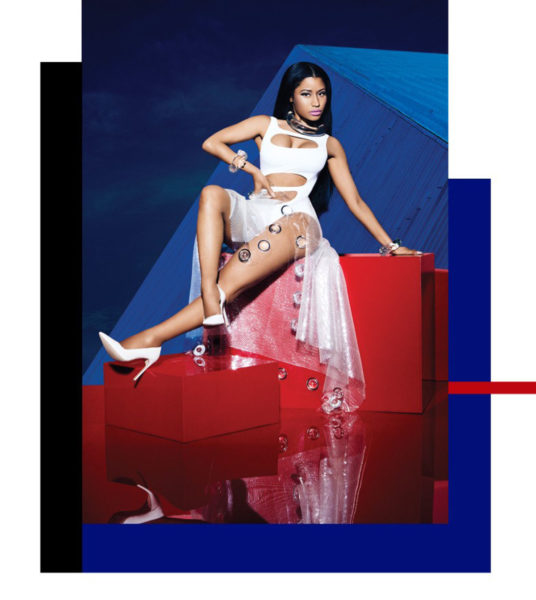 Read excerpts of her interview below.

One her new rules: One rule is “no more self-judgment.” I’m not judging myself; I’m not dissing what I do. I’m proud of what I’ve done and I’m proud of what I’m working on. I’ve accomplished something and I’m not going to be ashamed to be happy about what I’ve done. I’m talking about things that I didn’t speak about on other albums. It’s a truthful body of work. The album is me doing a press conference, addressing things and not putting too much [emphasis] on “This has to be lyrical,” to the point where I lose focus of a message. It’s important as a woman to be vulnerable and be strong at the same time. The album is a dope balance of vulnerability and strength, of inspiration and of not being politically correct. It’s the best of both worlds. It’s tapping into both sides. There are times when all I want to do is be lyrical and create metaphors and experiment with my flow. Then there are times when I just want to tell a truthful story about love and have people identify with me.

On her hit song Anaconda: I wanted to create a song that embraced curvy women. I wanted to be sexual but be playful with it. And I wanted it to be so melodic that even if you don’t understand English you could still go along with the melody and you would have no idea about all the raunchy shit I’m saying—I get a kick out of that. It was simple to write. I just created the melody and then I let the words happen. I started laughing when I said, “Boy toy named Troy.” [Laughs.] That whole song, I was just being dumb. It was a joke. My biggest thing was seeing how my girlfriends Sherika and Thembi were going to react. If they don’t like a song, they’ll be like, “No.” As soon as they walked in the studio, we were laughing and having fun. I thought, if we’re doing this, then everybody is going to have fun with it.

On Drake being in the friendzone: [Laughs.] Oh, no. It’s so cute. He’s such a dope actor. After he did that we just busted out laughing and we all were cracking up. He’s such a good sport. I love that he makes fun of himself and doesn’t take himself too seriously. That’s why my friendship with him works so well. That’s why I love him to death.

On her biggest fear: That I’ll become so consumed with work that I’ll forget to live my personal life to the fullest. If I’m done with my fifth album and I don’t have a child by then, no matter how much money I have, I would be disappointed, as a woman, because I feel like I was put here to be a mother. I have definitely put off the wife thing because I don’t want people in my business. I’d rather not do anything that’s going to be on paper but I definitely will be married before I have my baby. I want to make sure I do it in that order. I’ve always felt like that since I was young; my mother always put that in my head. By the fifth album, I will have walked down the aisle and I will at least be on baby number one, possibly baby number two. [Laughs.] And have $500 million.

You can read up her full interview and see more pictures here.

Wardrobe Malfunction or Fashion? Keke Palmer Steps Out In a Sheer Top & Sheer Bra for a Movie Premiere