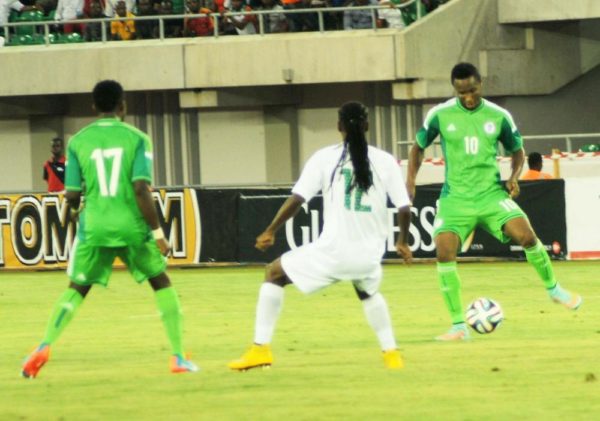 The Super Eagles on Wednesday drew 2-2 with South Africa, and consequently failed to qualify for the 2015 Africa Cup of Nations (AFCON) and defend the title they won in 2013.

In their Final Qualifying Group A match played at the Akwa Ibom International Stadium in Uyo, the Eagles struggled to get a point from the match they needed to win.

The draw meant Nigeria will not be in Equatorial Guinea next January, and failed to beat the Bafana Bafana side which had topped the group and were only playing for pride.

They finished third, but their total also put them out of the running for the ticket available to the best third-placed team.

Before the game, Nigeria and Congo were tied at seven points but the Super Eagles needed an outright win over already-qualified South Africa irrespective of the outcome of today’s match.

Nigeria went into the game with their fate in their own hands to get a win and claim second spot in the table to play in the finals alongside group winners Bafana Bafana.

But the Super Eagles blew their chance to prevent a troubled campaign from turning disastrous, even though they fought back from two goals down to finish with a draw.

The writing was on the wall for Stephen Keshi’s side, which has been plagued by both on- and off-the-pitch problems.