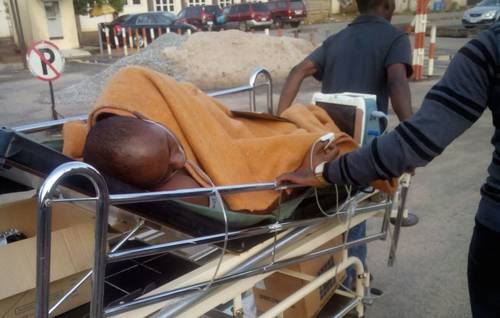 On Tuesday, November 11th, a Police officer who was on highway patrol duty between Ibadan and Lagos, reportedly shot a commercial bus driver over a N50 bribe dispute.

As the victim, Umaru Bayi, was driving the bus which had passengers on board, from Ibadan to Lagos, they were stopped by a policeman on the highway.

The policeman then demanded a N50 bribe from Bayi, but he revealed that he only had N1,000 notes, according to Sahara Reporters.

Bayi gave the man N1,000 and asked for change, which angered him. The policeman then asked Bayi to get out of the bus, and then shot him in the pelvic area and fled.

The victim is said to be in critical condition at a hospital.

Why Do People Bleach/Tone Their Skin? | FCT Residents Share their Opinion

Church of England Set to Approve Introduction of Female Bishops