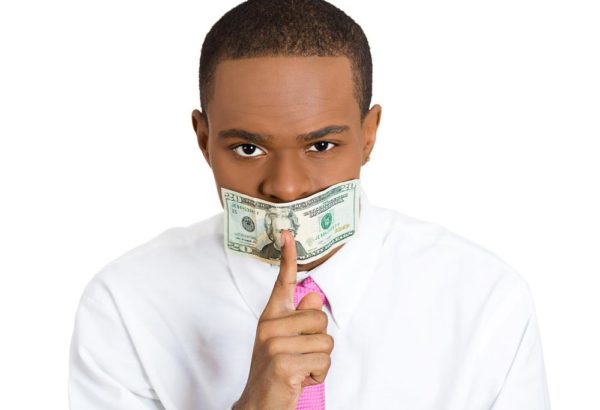 In many societies, there is an agreement that the road to political leadership is a road to service, a selfless journey in which the political leader bears the interest of his people and attempts to lead them to greater heights. Little wonder, the latin maxim, ut ministraret, non ut sibi ministraretur, which encapsulates the true philosophy of leadership- to serve and not to be served. This idea of service is even more obvious when we find that political leaders are often termed civil servants.

So great was the task of the leader and the expectation of the populace that just as in the biblical days of the Israelites, so much emphasis was placed on his/her virtues and leadership abilities. And when leadership did not devolve by blood, they chose men with charisma, commendable past records, strength, grace and good popularity among the people. Hardly was there a time when the financial status of the prospective leader became a major consideration. It was therefore politics driven by personal quality.

In the light of the above, it becomes worrisome when in Nigeria, prospective party candidiates have to pay through their noses in their bid to purchase the political party ticket. It is no news that the Peoples Democratic Party requires prospective candidates for the presidential race to pay the whooping sum of N20 million as the cost of the form and N2 million for Expression of Interest, while in the All Progressive Congress, the cost is 27 million Naira for party ticket, and 2 million Naira for Expression of Interest. For the gubernatorial race, the PDP sells its party ticket for 10 million naira and N1 million for the expression of interest forms. The cost for purchasing the ticket for senatorial seat, House of Representatives and state assemblies is N4.5 million, N2.5 million and N1.2 million respectively.

In his bid to pursue senatorial office, a legal practitioner I know, had to resort to soliciting finance for the purchase of party ticket from relatives and friends. His situation is almost no different from Buhari’s who claims to have sourced the money for his party ticket from a bank loan. According to Goodluck Jonathan, his was not personally funded, but was funded by well wishers and friends of his government. Since everybody is claiming to be unable to fund that amount of money, why then do political parties insist on such pricy fees? What happens to people whose political dream is driven by the desire to serve, and who unfortunately, neither have the financial wherewithal, nor family, and financial institutions to foster their dreams. We have the issue of god fatherism, but lets face it, this is one issue that mars the dreams of millions of Nigeria to serve their fatherland.

The constitutional qualification for one to hold the office of the president, as stipulated in section 131 of the Nigerian constitution are as follows: the person must be a citizen by birth, must have attained the age of forty years old, must be a member of a political party, and must have been educated to at least school certificate level. These conditions are quite reasonable, and it becomes worrisome the extra unreasonable monetary requirement interested politician has to satisfy in his desire for political power. This current situation has the effect of monetising our democracy. It is a tortuous requirement which has several ugly far reaching consequences.

In a country as ours, and with our own idiosyncrasies, it is almost inconceivable that one will cough out such huge amount of money without expecting rewards far greater than the office he/she seeks. This explains the mentality of many political officers who see and treat their positions as an investment from which they expect to reap bountiful profits. Paying these millions is a huge commitment, which deepens the desperation of political officers to clinch the crown- the political positions that they seek. It is this sought of expensive commitment that breeds desperation and consequently, electoral and post electoral corruption. Whereas electoral corruption is in the form of electoral malpractice in varied forms, post electoral corruption sets in when they spend several months in office, not serving the people, but using the tax payers’ money to pay back all loans owed and replenishing their already dry accounts.

Over the years, the cliché that the youths are the future of tomorrow, held sway. In recent times, however, this has been greatly opposed by the school of thought which opines that today, and not tomorrow- which is much too uncertain-should belong to the youth. But really, which youths are we advocating for? How many Nigerian youths ran afford to run for major political positions, bearing in mind the tortuous cost involved. How many Nigerian youths have escaped the wicked tentacles of unemployment and underemployment, let alone earn millions of Naira with which to channel into politics. In truth, the road to leadership, and the cost involved is exemptionist, and unless something is done, the youths will forever be excluded and leadership in Nigeria will be the sole exclusive of the bourgeoisie. The consequence of this is that ours will forever remain a government, not of the people, but for the rich.

An acquaintance of mine once teasingly mentioned that the politicians of Nigeria can be likened to the Ogbanje or Abiku- the child who always comes back to his parents after dying many times. Her reason for this allusion, is because, Nigerian politicians always leave office to come back shortly afterwards. They never really go. Put differently, the politicians in Nigeria are recycled, and therefore, from one political dispensation to another, the same bunch of people wield political power, only occupying different offices at different points in times. But how could we expect any different situation when Nigerian politics has been successfully hijacked by a few affluent people, who can afford to shoulder the huge cost implication.

There goes an aged saying that he that pays the piper dictates the tune. Where a man sponsors another, that man may never be content with a repayment of his money, and words of appreciation. He is bound to want more. He might desire to have a say in political decisions, he might desire to have a share in the so called national cake, he is also bound to desire all choices made by the government to be advantageous to him, irrespective of its implication on the general polity. This is bad enough, and it is indeed catastrophic to imagine where several persons become sponsors. They become quasi political masters who dictate the tune of the government.

The expensive cost of purchasing the party ticket is a reflection of INEC’s inability to effectively regulate the affairs of political parties in Nigeria. It also reflects the insensitivity of our country, where the interest of the common man is resigned to the background. If justice must be upheld, then equal opportunity must be given to all players in the arena of politics. The poor must not be excluded, for in them may we find people willing to give their all for country; people driven by honesty, and capable of propelling the affairs of this troubled country.

True, political parties need finance. It is also understood that they thrive on internally generated revenue. yet, modesty must at all times play out. A reasonable cost should suffice; one which may not be cheap, but must be affordable and fair to all interested persons. Nigerian politics must never be an affair for the rich and mighty. The greatest Nigerian challenge is, and has been the problem of leadership. One valid answer to this challenge is the election of people who truly feel the pulse of this country and are willing to salvage her from her travails. At times as this, our national dream should be to enthrone leaders with excellent personal and leadership qualities, and we must challenge any factor which threatens that national dream.

Uche is a practicing lawyer who is enamored with literature. She is the co-author of the book, Whispers from the Desert and has written a good number of short stories.