I Have No Hand in Ebonyi PDP Crisis - Patience Jonathan 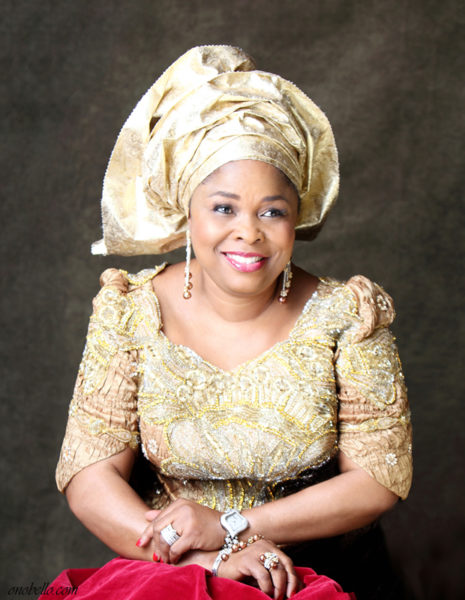 The First Lady, Dame Patience Jonathan, on Tuesday restated that she was not involved in the selection of candidates vying for elective positions on the platform of the PDP.

This is contained in a statement issued by her Media Assistant, Ayo Adewuyi, in Abuja.

The statement was in reaction to a media publication alleging that Jonathan had anointed the Deputy Governor of Ebonyi, Dave Umahi, as the gubernatorial candidate of the party.

“It has again come to our notice that some politicians who are desperate to score cheap political points have connived to tarnish the image of the first lady, Patience Faka Jonathan, by roping her into the Ebonyi PDP crisis.

“We consider it absurd that any person will assume that the first lady would make such a request considering the fact that she has continued to preach for peaceful conduct of all aspirants before, during and after elections.”

According to the statement, this is another attempt by mischief makers to loop their self-induced political travails around the first lady to develop strategy for their survival.

“Let us state once again that the first lady is not an elected official of the state, neither is she a party functionary. She therefore recognises very clearly her place in the scheme of things.

“Let it be known that the first lady has no hand in the selection of the party’s candidates in any state and definitely not in Ebonyi.

“If anything, she has continued the gospel of peaceful atmosphere for the conduct of 2015 elections.’’

According to the statement, she believes the elections can only be conducted in a peaceful atmosphere and the aspirants must be alive to contest and win election.

“She only preaches peace because she is a mother of peace.

“To therefore allege that the first lady insisted that the Ebonyi State Deputy Governor, Dave Umahi, must be the gubernatorial candidate of the party against the wish of the people and the party is to say the least subjudice.”

The statement said that the National Working Committee was making efforts to ensure that peace returned to the state chapter of the party.