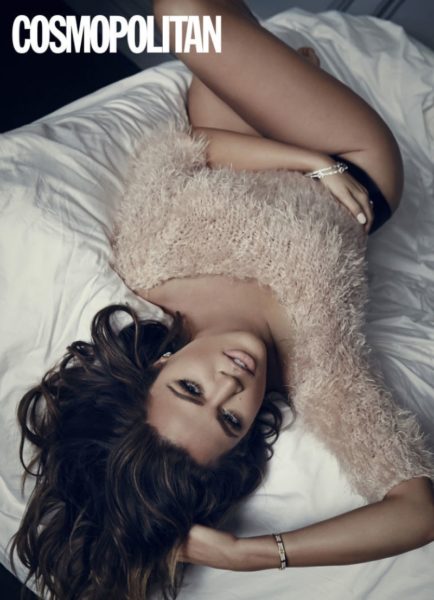 In a very candid chat, she talks to the magazine about sex, marriage and much more. Here’s what the 30-year-old reality star had to share with the magazine:

On love and sex: “I don’t crave sex. I talked about it more openly when I was married because it’s more comfortable. I crave companionship – I just want to cuddle. I got married at 25 – I was young, but I loved it. I do like it when you save certain things for your marriage. I don’t think you should treat every guy you’re dating like your husband. It doesn’t make it special.”

On her marriage: “By the time I hit that age I thought I would have kids and still be married. But because that’s not the way it went, you can’t sit in a ball and cry. I had a husband, so I think there’s an adjustment period, which I don’t want to rush. Dating is so weird. But I’m happy – I moved into my new house, which is the first time I’ve owned a home on my own. It’s a big step and my brother lives with me – I’m so happy about that.”

On her home: I bought Justin Bieber‘s house…He had like this nook under the stairs which I didn’t need so I covered it up. When I ran into him he was like ‘What did you do with the nook? I used to go in there and play video games.’ When I told him it was gone he was so upset, I didn’t think this 20-year-old boy would even care!”

You can read more in the new issue of Cosmopolitan UK!