Kourtney Kardashian Bares It All for DuJour Magazine’s December Issue 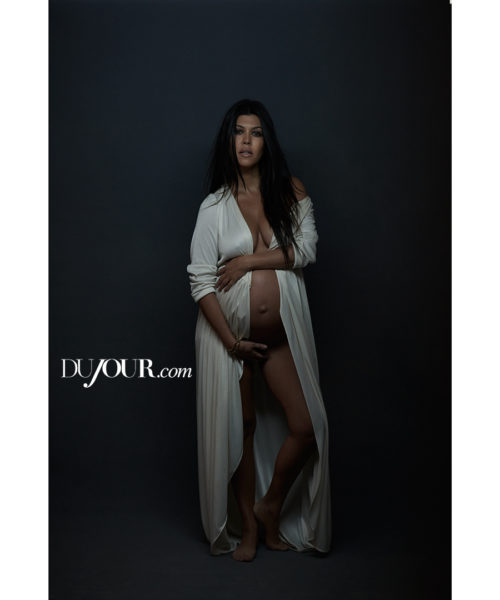 Nude pregnancy editorials have been the trend for 2014 and Kourtney Kardashian is rounding up the year buy baring it all for DuJour Magazine.

The reality TV star takes off her clothes and shows off her baby bump for the magazine’s December 2014 issue, photographed by Brian Bowen Smith. 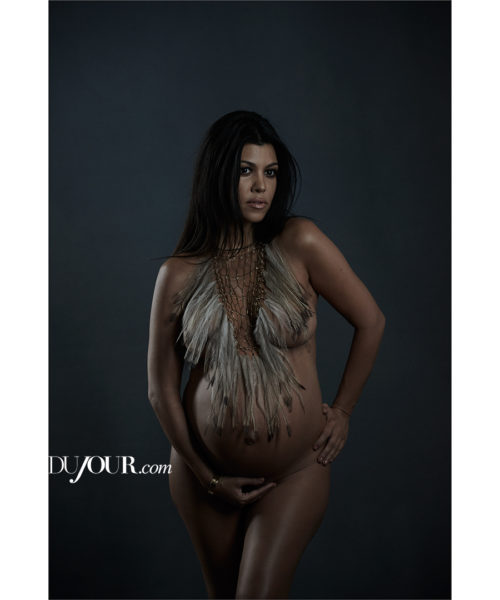 The E! Star shares what she loves about posing pregnant— read excerpts of her interview below.

On taking these nude pictures: I had done a nude shoot when I was pregnant with Mason, really last minute just for myself, and I love it. The photo is hanging in the entry of my mom’s house. It actually used to be in her bedroom next to her bed but Bruce would always make a comment about having it in his room. But it was really beautiful. This time, we were shooting for our show, and everyone on our camera crew was like, “You are so comfortable just walking around naked and pregnant!” And Scott, who stopped by with Kim said the same thing to me, like “How are you fine just standing there like naked with all these people around?!”

On being self-conscious while pregnant: To me, nudity is not something to be ashamed of. I’m not embarrassed of my body. I’m at my best when I’m pregnant. It’s such an amazing feeling, the transformation that your body goes through. There’s something about that that’s so empowering and beautiful and I just really embrace it.

On how people will react to the shoot: I don’t know. It’s what a woman’s body is made to do, so I hope it’s maybe seen as something that’s artistic. This was something that initially I did for myself just to capture the moment in my life, but these photos are beautiful and I’m happy to share them. And I like how raw they are. It’s my body: I’m not trying to impress anybody or be something that I’m not. But in general, I don’t really care that much about what people think. It doesn’t rule my world. I did this because I wanted to and it made me happy.

You can read up her full feature and see more pictures from the shoot here.

Get That Fruity Juicy Goodness At Home! Watch As Uzo Shares Her ‘Citrusade’ Recipe