Must Read! Beware of the "Fake Pregnancy" Scam 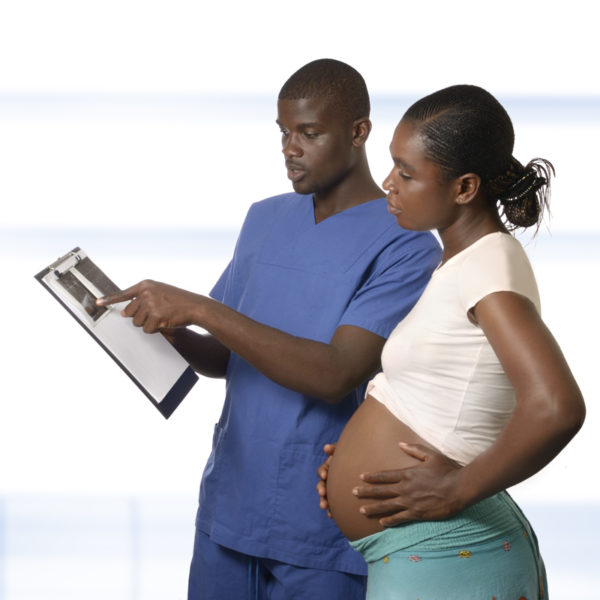 In Nigerian society and culture, pregnancy and babies are such a big deal! So many young couples featured on BellaNaija have revealed the intense pressure and scrutiny they face after getting married and in some cases, women are encouraged to get pregnant before “he puts a ring on it” in order to prove their fertility.

Many turn to prayers, fertility treatment, adoption and other options but there is a dark side.

The pressure has created a dark underbelly – illegal adoptions involving the purchasing of babies via “Baby Factories“.

Others turn to false prophets who in many cases, sexually abuse women and also extort money.

Another dark practice gaining traction is the “Fake Pregnancy Scam“. Read these 3 stories and share your thoughts!

Note that all the examples below feature “fake pregnancy scams” which took place in Nigeria and then were revealed in the UK due to the nature of their social welfare system. There are reportedly hundreds of similar cases in Nigeria which go undetected. In addition to the actual “fake pregnancy”, the other side is the source of the babies. These babies are either stolen or bought from baby factories.

Case 1 – Court ruling in 2012
After trying to have a baby unsuccessfully for several years, in 2010, the couple travelled to Nigeria where the woman received fertility treatment at a private clinic.

She was given medication after the procedure and experienced pregnancy symptoms including a swollen stomach.

She returned to the clinic months later she was sedated. When she regained consciousness she was handed a baby and told she had given birth.

On her return to London, a GP raised concerns. The child was taken into care and a DNA test proved the child was not related to the couple.

After a thorough investigation, it was found that the couple were victims of “an appalling scam” and a judge ruled they could keep the child. The presiding judge Mr Justice Coleridge added the case was “extraordinary, bizarre and worrying”.

Case 2 – Court ruling in 2014
This is perhaps the most detailed case to date!

For ten years, the couple tried surgery, laser treatment and IVF to start a family – but to no avail.
Then in 2010 the husband ran into a university friend who told him of a couple who had had twins after ‘some herbal treatment’ in Nigeria.
The desperate couple decided to travel to Nigeria, where they were prescribed a course of herbal remedies by a man calling himself Dr Cletus Okolo.

After taking the herbs and returning to Britain, the woman’s face, arms and abdomen swelled as if she was pregnant. Even a ‘kindly and well-meaning’ local GP accepted she was seven months’ pregnant, and signed off a maternity certificate.
The couple then returned to Nigeria for further treatment.

At a clinic near Lagos, they handed over £4,500 and the woman was given a brown liquid to drink before entering what she thought was a delivery room.
The man waited in the corridor outside and, after few minutes, he heard a baby cry. He entered the room to find the baby girl – referred to in court only as ‘A’ – lying on the bed beside his groggy wife.
He was duped into believing he had seen the umbilical cord cut and was given a placenta in a plastic bag. After pocketing the couple’s money, Dr Okolo wrote: ‘Treatment successful, patient delivered of a baby girl. All fees paid. God’s doing’, which was the sole document that accompanied the birth.
After returning home to the UK they were arrested and A was taken into police protection.
To the couple’s ‘considerable dismay and shock’, DNA tests proved that the girl was not their child.

Having waited so long for a baby, the couple simply could not accept the truth, the court heard. Far from seeing themselves as victims, they insisted that ‘the combination of spiritual and herbal treatments was so powerful as to be able to change DNA’.

The judge, Justice Mrs Hogg said ‘Despite their education and intelligence, they are struggling with the result of the DNA test. Both of them say they still believe that A is their natural child.
‘In the end, having considered all the evidence… I am driven to conclude that in some way they allowed themselves to be duped by fraudsters.
‘They so much wanted a baby… they allowed themselves to fall under the spell of the herbalists, believing what was said to the mother and acting faithfully upon the instructions given to them.
‘Contrary to the submissions of the local authority and guardian I do not find that the parents were wilfully and knowingly involved with or parties to a wrongful removal of A from her mother, or that they cynically “bought” a baby.’

Case 3 – Court ruling in 2014
The woman, of dual British and Nigerian nationality, travelled from London to Nigeria after struggling to conceive naturally. In Nigeria, she saw a “doctor” who performed “herbal fertility treatment”

Despite being told by a British GP that she was not carrying a child, the woman returned to Nigeria where, following ‘a process which resembled a birth’, she was presented with the child.

In 2012 the pair returned to the UK where, despite her efforts, the boy’s health suffered due to severe disabilities.
Visits to health services raised concerns over how the woman and the child were related, and the boy was entrusted to the care of foster parents.

‘Her state of mind at that point was that she continued to hope against hope that it might just be the case that she was the baby’s mother.
‘She closed her eyes to all of the pointers in the other direction,’ Lady Justice Black said.

Within months the baby was taken into social care, with a judge ordering earlier this year the boy be permanently looked after by the state.
The woman, who thought she was his biological mother despite DNA tests revealing otherwise, fought the decision, but has lost an appeal at the High Court.
A judge ruled the woman should not have any part in the child’s upbringing despite ‘hoping against hope’ he was her son.

In you are facing infertility, you are not alone! Please see a licensed medical professional. There are so many options including IVF, Surrogacy, Adoption, IUI etc..

While this might seem incredulous, the desperation of wanting to have a child often leads people unto a path that defies logic and common sense.

BellaNaijarians, let us know your thoughts on this dangerous and heartbreaking scam!