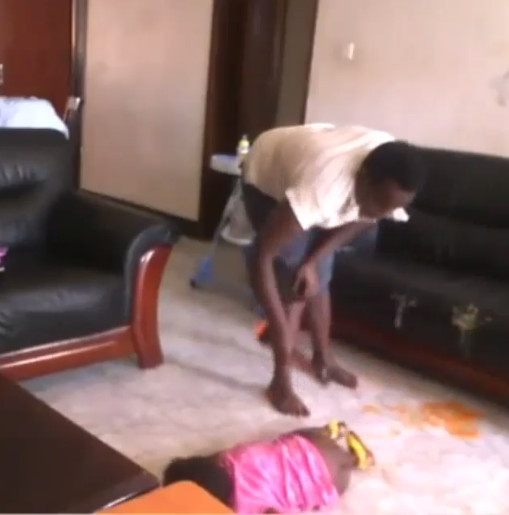 Jolly Tumuhiirwe, the 22-year-old maid who was caught on camera physically assaulting 18-month old baby, Arnella Kamanzi, has pleaded guilty to the torture of a baby.

She is facing up to 15 years jail time for the crime, Daily Mail reports.

State prosecutor, Joyce Tushabe stated that she expressed remorse during the court proceeding on Monday.

“She said she was sorry for the act…she asked for forgiveness from the parents of the child, the nation, and those she said were affected by her acts,” he said.

Tumuhiirwe has been remanded in custody, and is to be sentenced on Wednesday.

Kate Henshaw Refutes Reports that Her Nephews Were Kidnapped