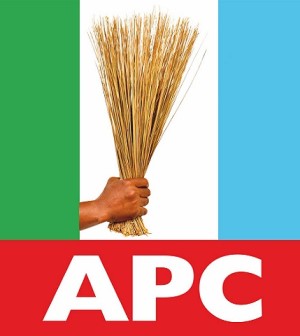 Announcing the result, Folasade Ajao, the electoral officer said Adaranijo got 178 votes to defeat Alhaji Abdulkareem Jubreel, also a former Chairman of the council, who got 123 votes, among others.

The other defeated aspirants include Samuel Adejare, who polled 86 votes and Ashimiu Adebayo, who had no vote.

Ajao said that 387 delegates were accredited to vote.

In an interview with newsmen, Adaranijo thanked God for the victory.

“I thank God for this privilege and honour. I thank the people that have voted for me,” he said.

Adaranijo promised to bring in more federal projects to the community if he got elected in 2015.

Babalola, who was an observer, said that the people spoke through their votes.

The News Agency of Nigeria (NAN) reports that the election was devoid of violence as there was heavy presence of security operatives.

In Ifako-Ijaiye Constituency, Elijah Adewale defeated five other contestants to win the ticket.

Adewale polled 218 votes to defeat the other aspirants, including the incumbent, Michael Ogunnusi, who got 89 votes.

Wasiu Ogunniyi, the Electoral Officer, who pronounced the winner, said that a total of 383 delegates voted in the primary.

He said that Morufdeen Adefolabi got 76 votes, while Demola Doherty, Abiola Josiah and Thomas Adegbite, got one vote each.

In Mushin Federal Constituency 1,  Adeyemi Alli became the party’s candidate for the 2015 election.

The Electoral Officer, Ibukun Akinola, who announced the result, said that the primary was free and fair.

He said Alli secured all the 257 votes to defeat the Deji Jakande, who presently represents Somolu Federal Constituency 1.

Alli, while thanking the delegates, said that he would not let them down if elected in the 2015

In Amuwo-Odofin Constituency, Ganiyu Olukolo defeated seven other contestants to pick the ticket.

Funmi Adeyemi, the electoral officer, who announced the result at the Festac Senior Grammar School, said Olukolu polled 191 votes to win the election.

NAN reports that his closest opponent, Tunde Fanusi, had 72 votes.

In Ikorodu constituency,  Babajimi Benson won with 635 votes, followed by his closest opponent, Jimoh Tijani, who had 230 votes.

NAN reports that 941 delegates were accredited at the election in which eight aspirants contested.

Adedeji Ademuyiwa, who led four other officials to conduct the election, announced the result at the venue.

The exercise was monitored by INEC officials and the police provided security.

Adebanjo scored 656 votes to beat other aspirants, with the closest to him, Mr Abiodun Mafe, scoring 413 votes.

NAN reports that the primary election, however, had hitches in Kosofe as there was controversy over the status of Agboyi-Ketu Local Council Development Area, which led to the venue becoming rowdy.

As at 5.12p.m, the election was still unable to hold at the Kosofe Local Government Secretariat, Ogudu venue