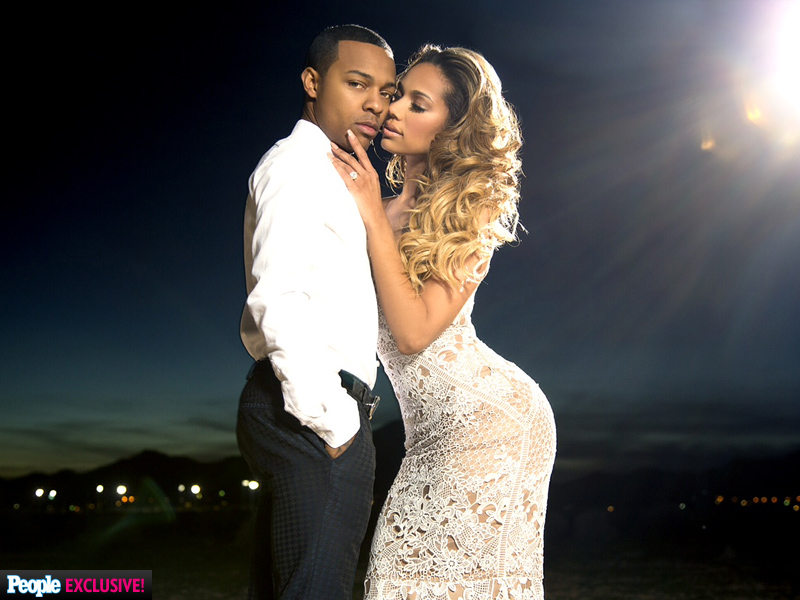 If you recall, he went all out for her birthday in November 2014, gifting her a Rolex matching his, a Rolls Royce and more!

The groom-to-be, a father of one, is best known as a rapper, and is also a TV host and actor. The bride-to-be, also a mother of one, shot to fame as a video vixen and is a Love & Hip Hop: New York reality star as well as author.

The couple set a lot of tongues wagging when their relationship became public last year, especially as Erica had just left a relationship with a woman – Love & Hip Hop co-star Cyn Santana. In addition, her controversial autobiography was released – which birthed the Twitter rumour she had slept with 300 men – where she revealed the women and a top industry man she had affairs with.

The couple doesn’t let the controversy stop them though, as Shad said this about his bride to People,

“She’s very smart, silly, knows how to hustle. And she’s electrifying. Anytime you have all of that in a woman, what more could you want?”

Here’s a sneak peek of the engagement photo shoot, which took place in California, and happened while Shad was taking a hiatus from shooting TV crime drama CSI – Cyber.