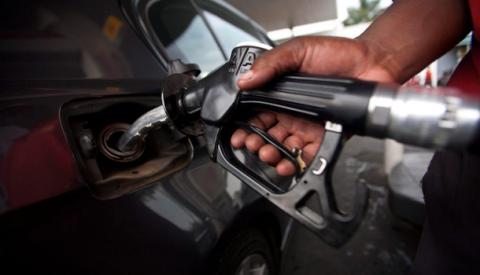 Rufai Mohammed, of the Weight and Measures Department of the Federal Ministry of Industry, Trade and investment, says the department is ready to seal any filling station that refuses to sell petrol at N87 per litre.

Mohammed, Assistant Director, Oil and Gas, in the ministry, said this in an interview with the News Agency of Nigeria (NAN) in Abuja on Thursday.

According to him, most of the stations at the outskirts of the city centre had likely reverted to the N97 per litre when the surveillance team left their stations.

NAN reports that there are complaints from customers on filling stations at the outskirts of the city centre which sell petrol at N97 instead of N87 per litre as recently directed by the Federal Government due to fall in global oil price.

“At the last visit of the department to many filling stations in the FCT, 84 percent fully complied; 33 per cent were selling with errors that can be over looked.

Mohammed said the department had offices in 30 states and there were some states like Ondo State overseeing the activities of Ekiti State while Rivers was overseeing the affairs of Bayelsa office.

He said every month the headquarters received reports from each of the states on their activities.

He noted that every three months, teams were sent out to the states to make sure that the state offices were working according to set guidelines and rules.

NAN reports that the department had on Jan. 20 in Abuja sealed 14 pumps at six petrol filling stations for allegedly under-dispensing petrol to motorists.

The enforcement team, led by the department’s Acting Director, Mohammed Sidi-Sada, sealed the stations for allegedly manipulating their meters and cheating motorists.

He said the ministry was out to ensure strict compliance with the Federal Government’s directive on reduction of petrol pump price from N97 to N87 per litre.