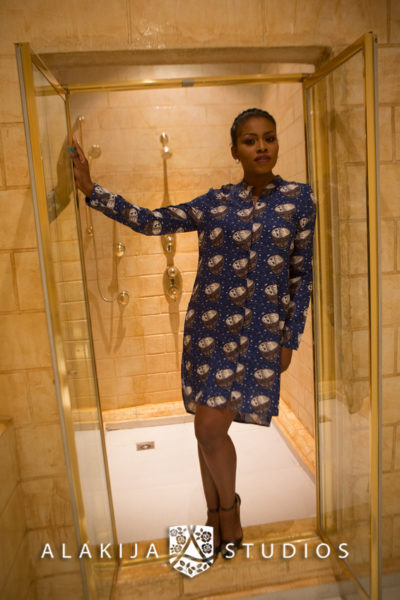 In a new post tagged ‘Just Be Yourself’, media personality Liz Awoliyi shares her story on how she has built up her brand.

She talks about the negativity she faced along the way and how she overcame it.

‘In the process of trying to fit in, I lost myself. I was trying so hard to form this persona! It was a bad girl image, it was a go hard or go home image, it became an ‘I don’t care what anyone has to say about me’ image. Safe to say, I was suffering from an identity crisis (of course unbeknown to me). Imagine the hard work and the emotional baggage that comes along with that?

Once I stopped with the “Mean girl” attitude, I took on a new persona; I became a people pleaser. I would attend every party on the London scene so as not to offend someone. I would try and buy gifts for friends, even acquaintances on each birthdays…but that only wore me down… made me broke, I was tired, cranky, frustrated.

Back then I had my own youtube show interviewing Nigerian artiste, I’d read the comments and much would be made about the way I spoke, so then I tried to be speak more “Naija”. Maybe it would please people and I could finally be accepted. What I needed to know then, and what I now know is that all I needed to do was focus on communicating well.

It was only when I began to be myself that I felt at ease and people genuinely began to pay attention. It was then I began to focus purely on reaching my potential. My advice for anyone else who is stuck in a phase where they are trying to define themselves, is this: Find yourself and define yourself on YOUR own terms, after all it’s your world, and it is you that has to deal with your reality.

Focus less on negativity, and focus more on your strengths. Remember that you’re not perfect, but you’re also not your mistakes. You were born to STAND OUT.

“Be yourself” has got to be one of the most commonly used phrases but this is exactly what many people struggle with. In a world where we judge people by the most stupid things, the going is tough! However, the tough get going – go on and be yourself! Dare to be different, and have the courage to deal with criticism.

Along the way, surround yourself with only positive people. Did you know you’re the average of the five people you spend most of your time with? Or is it six? Either ways, its imperative you build up a close circle of trusted friends; this is one of the best decisions you can make for yourself.

The truth is: people who can’t be themselves or haven’t accepted themselves will have a hard time getting along with other people. Stop waiting for other people’s approval. Stop pretending to be who you really are.

Don’t EVER change so people will like you or accept you. Be yourself and the right people will LOVE the real YOU!

Most importantly remember that your dreams don’t have deadlines, just believe in yourself, and continue to dream BIG DREAMS.