Ladies! Would You Choose Your Grandma as Your Maid of Honour? 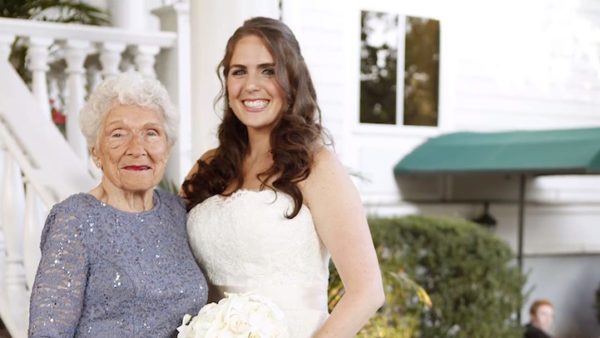 Hey Ladies! Would you consider making your grandma your maid/matron of honour?

Jacob was having trouble narrowing down her potential list of bridesmaids, and so she came up with the ultimate remedy – making her 95-year-old grandmother, Dorothy Shapiro, her matron of honour.

Not only was Shapiro the matron of honour, she was also the only bridesmaid Jacobs had on her bridal train.

“That was one of the biggest honors that a grandmother could have – that she chose me, an old lady,” Shapiro said.  “I was worried I wouldn’t be able to walk down the aisle but I did it like a real trouper.”

Watch grandma Shapiro talk about how much fun she had being her granddaughter’s matron of honour: