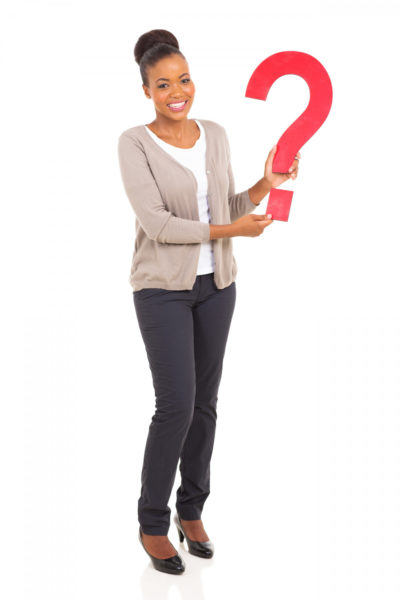 There is a new movie in town that quite a number of people have been looking forward to, particularly those who must have read the book from which the movie was based on. It is called Fifty Shades of Grey.

I must confess my naivety when I first start seeing people use the hash tag #fiftyshadesofgrey back in the University. Although, it wasn’t such a familiar term in my circle, I began to see people use it when they “greyed” their outfits and I just concluded that it was something that had to do with colors. Not until I began to inquire while doing my Masters and people did say it was a book. No one really explained what the book was all about. They all just assumed that I knew what it was or maybe like me, they were not really sure what it was.

I wasn’t really interested because in all fairness, I’m not sure why I needed to read a color book and I couldn’t also comprehend the popularity of a color book. It wasn’t until recently when my colleague spoke about it that I declared my ignorance. Being one who is eager to learn, I asked her and her reaction was: “hmmmm! I have it on my Ipad. I must not even be caught reading it at home”. Now, that sounds scandalous! But I was curious and requested to have the book. One thing overshadowed the discuss and I never got the book.

The same day, a colleague mentioned that the movie with the same title was out in the cinemas. *sigh* At least, that was a faster means of grabbing the whole Fifty Shades of Grey pandemonium. The weekend came and I was so busy showing and getting showered with love that seeing a movie knowing that there would be a crowd at the cinemas was the very least on my mind.

The weekend came and left and then the Fifty Shades of Grey was up in the air again and this time, I was determined to fix a date to see the movie or hope that someone storms the office and announces that they have a clear version of the movie. While on the issue, I saw the display picture of Tosin of Africanism Cosmoplitan condemning indecent entertainment and making reference to one of my favorite TV series, Scandal and then, Fifty Shades of Grey. She went on to do an elaborate post which I took my time to read and my thoughts were aroused.

Tosin and I attended a university where listening to “secular” music could earn you a warning letter and watching “explicit” movies was asking for a suspension. However, we fought the system not understanding why they would try to censor what we listened to or watched as young adults and many of us got into trouble for that. But, a few of us began to embrace gospel music bit by bit and simply created folders where we listened to the gospel in the morning or when we needed to commune with God and then listened to the other songs while the day was in full gear.

This rebellion was what caught my attention when Tosin spoke out. It reminded me of the fact that, though we fight against the laws made by the system, as we grow older, we embrace those laws we once detested and it begins to shape our lives.

After reading the post, I became more curious to know what this movie could really be about. I read a few reviews and since Tosin was clear about the movie questioning my faith as a Christian, I was thrown into a dilemma – a dilemma between satisfying my curiosity for the fun of it or finding an alternative cure for my curiosity and safeguard my heart considering that from her post. I was already selling out with Scandal and sincerely, I’m hooked on it.

Still in that dilemma, I started a new day going through my timeline on Instagram, whilst in traffic. There was a post by a Catholic account calling to mind that the only shade of grey I should be interested in is the ashes on my forehead. Now, this book and subsequently the movie has generated a lot of popularity for the theme, shades of grey or even fifty shades. As we see #fiftyshades of everything and even a more prominent account on Instagram called fifty shades of black (a celebration of the African beauty). But yet, a few are of the opinion that seeing the actual movie or even reading the book arouses one’s sexual urge, corrupts the mind and engages your imagination with immoralities.

If I wish to give myself a reason to see the movie. I could argue that it is just another movie for the fun of it? Or I can decide to guard my heart, see the movie and not let my soul be bought over as is presumed to be the case. Will watching it convince me to accept the acts as a norm that could threaten my faith? I watch Scandal and I’m not in support of being a side chick, but I actually do despise Mellie who is the wife and wished that Olivia was the first lady – thereby justifying her relationship with the president. While I try to make her move on with Jake, Shonda Rhimes tries to convince me that being the President’s side chick was a plus for Olivia.

I went on to read another post by Michelle of Bonbon Break on the matter, and she had some really powerful words to say about the movie. Some of the excerpts which were also highlighted by Tosin is: “…….. it’s a movie about a narcissistic man’s controlling and violent sexual desires and his sense of entitlement to use and abuse a vulnerable young woman’s body and mind as tools for his own gratification. It’s all about his needs, coupled with the arrogant expectation that she should comply, regardless of her discomfort, to please him.
Please, my daughters, don’t allow this romanticizing of sexual domestic abuse fool you into believing that you should ever allow yourself to be treated like Anastasia Steele. Please, my son, don’t watch this one day and believe that it’s ever okay to intimidate, manipulate or disrespect a woman like the ‘hero,’ Christian Grey. Nobody, male or female, wants or deserves to be disrespected, manipulated or violated against his or her wishes”.

Now, Michelle has a different dimension to this movie which is not in any way related to religion but boils down to some of the responses I got from my last article on how women allow certain things happen to them. If what Michelle has said is true, how could we glorify such a movie that abuses a woman in the name of love? I employ you to read Michelle’s post though I have highlighted some of the points she made on my blog and then prepare your mind to sieve carefully even as you watch.

I am still in a dilemma at the end of the day, because I don’t know if I am spiritually strong enough not to let the tenets of the movie rest upon my heart. I detest abuse for women, so, what is the guarantee I won’t be making me uncomfortable by paying to see the movie. In the end, all of this opens my mind to a new dimension of entertainment. This calls my attention to what entertainment as a Christian should be for me. This will take a while for me to completely ingest though because I am still hooked on scandal and really, I always need to watch something I love when the brain gets bored.

Still in my Fifty Shades of dilemma, I did an opinion poll in the office and majority were of the opinion that the book taught them better. This increases my dilemma since I now have diverse opinions. Thus, would you advise I throw caution to the wind and go have a great time at the movies, watch the movie probably at surface level, get inspired to write another article or simply save my money, guard my heart and let the curiosity die?