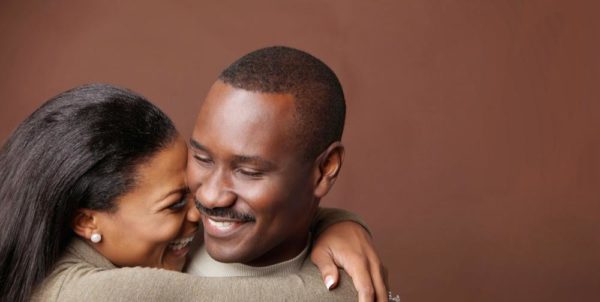 Three people are currently under arrest – a dog handler and security guard both employed by the Ighodalos at their home alongside a native doctor. Their plot was in motion but was foiled at an early stage when the couple’s dog died suddenly. Read an excerpt from the PM News report. You can read the complete story HERE.

Police investigation revealed that nemesis caught up with the suspects when the couple’s pet dog named Simba suddenly died from food poisoning at their residence at Ikoyi, Lagos.

Suspecting a foul play, the couple contacted their dog’s doctor to conduct an examination on it to know the cause of its death and the doctor’s report revealed that the dog died from food poisoning.
The couple reported the incident to the police and the dog handler was arrested and taken to the station for interrogation.

During interrogation, according to the police, the dog handler (Mohammed) from Borno State, allegedly confessed that he mixed poisonous substances given to him by a herbalist with food for the dog to eat and after the dog ate the food it died.

In his alleged confession to the police, Mohammed further said: “The security man in our estate, Eze, brought the information that if we poison my boss to death, kidnap his wife and demand for N80 million ransom we would be rich overnight. And to actualise our mission, I went to consult a native doctor, Ewuosi for help.

“And after explaining my mission to the native doctor, he gave me poisonous black powder, black soap and sponge with a directive that I must use the powder to poison my master’s dog to know the effectiveness of the poison and if it vomits and dies, I should use it to poison anybody.

“After the dog died, we were still planning how to use the poison on my boss and kidnap his wife for ransom before I was arrested. But I don’t know how the devil used me to plan such evil against my employers because they were taking good care of me. I pray to God to forgive me.”

The prosecutor for the case, Chidi Okoye revealed more disturbing details of the plot to Leadership Nigeria Newspaper.

He alleges that the first defendant, who allegedly had sexual fantasies towards Mrs Ighodalo, planned to kill her husband after killing the dog, so that the affection she has for her husband and the dog will be transferred to him.

The defendants were later apprehended after Mrs. Ighodalo said she “prayed and the Holy Spirit revealed” to her that something was wrong.

When the defendants were confronted with the allegation, they confessed to have poisoned the dog and that they were also planning to getting rid of her.

The prosecutor also told the court that the first defendant claimed that he got a black soap and powder from the herbalist who asked him to buy a sponge, bath with it and throw it into the river.

According to Okoye, the native doctor had assured Mohammed that after the bath he would be able to demand for N10m and any other thing he wanted from Mrs Ighodalo and she would give them to him.

Though Mohammed confessed, the 3 accused have all entered non-guilty pleas. They are currently being held at Ikoyi Prisons.

Military Surveillance Saga: Did Tinubu Put this Shade-throwing Banner in Front of His House?