Bovi on Life as a Comedian, "People Don’t Take Me Serious Most of the Time … It’s Depressing When You're Having a Bad Day" 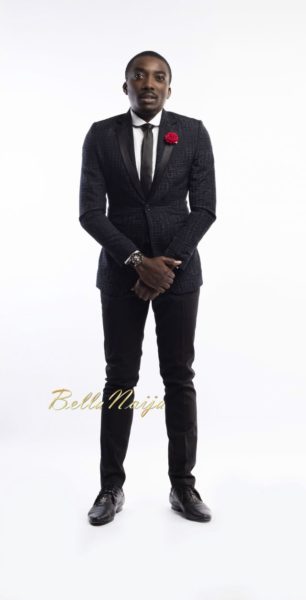 Bovi gets personal and candid in an interview with Vanguard newspaper.

Known for always making people laugh whether it is on stage or in sitcoms, he talks about his family, his comedy, his projects and much more.

On the inspiration for his jokes: I don’t know. Comedy comes to me naturally. One thing I do know is, right from when I was a child, I always wanted to be an entertainer. I guess, either my persistence paid off or by nature this is what God wanted for me but I think it’s more of the latter.

On life apart from comedy: Like I said earlier, I’m an actor and I’m a writer as well. I believe in focusing on your passion and this is my passion. I do get tired doing any other kind of business besides entertainment. That’s not to say I can’t have other businesses outside this field but this is the one I like to run.

On making money from comedy: Who told you I’m making money from this? (laughs) I just wanted to entertain people. The fact that it’s paying is an added bonus; money is never priority in anything I do. If I die today, I’m not going to take the money with me. I take my life one day at a time and I do things that make me happy. Entertainment makes me happy.

On comedians who make him laugh: There are so many of them – we have many copy cats in the business, which the world doesn’t know about yet, and they are funny. Some comedians I enjoy watching are Gandoki, Basket Mouth, Buchi, I Go Die and I Go Save. These guys make me laugh even if they are saying the same things.

On jokes about poverty: That’s not true. I’ve told a couple of jokes relating to poverty but that was in my formative years as a stand-up comic. The reason I did that was to capture the attention of the audience as they find such stories pretty interesting. When I defined my style, such jokes became hard to come by and that’s because most of my jokes are based on experiences and real life situations. Having said that, I can tell you for free that I didn’t grow up poor neither was I born with a silver spoon. But credit to my parents, I never lacked. I’m happily married now. So my wife and kids are my immediate constituency.

On people not taking him seriously: People don’t take me serious most of the time. While I recognize the fact that it’s the love of what I do that triggers it, sometimes it’s just depressing especially when you are having a bad day. You want to get on to something serious and people just see you and think it’s a joke. I guess it’s the sacrifice that comes with the job.

You can read up his full interview here.

Yvonne Nelson Calls Herself a “Secondary Virgin” This Year, as Most Men are Intimidated by Her