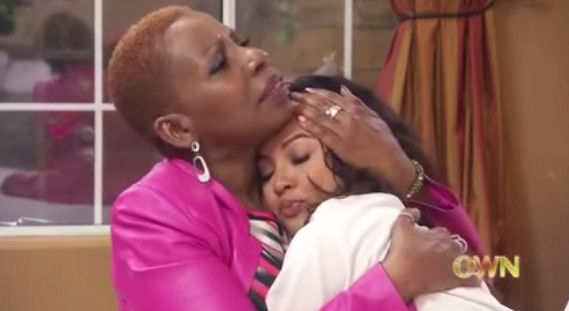 The interview started off with Karrueche saying she wants to tell her story, and Iyanla commended her for allowing the interview, as it’ll be an example for many young women in similar situations.

At some point, Kae’s manager paused the interview, as he didn’t like the direction it was going in, but Kae and Iyanla decided to continue.

Here’s what we learned:

How They Met
Karrueche met Chris 5 years ago when she was 21, on a styling job. She gave Chris’ dancer her number, and he got it from there.

The First Call/Date
Chris called, introduced himself as CB and asked for them to go out that night. They went out for dinner at 2:30 am, where they were bombarded by fans asking for autographs.

Iyanla immediately called Karrueche’s perception as a mistake, her expecting that Chris will be different with her. She also said ‘like draws like’, and asked Kae what it is about her that ‘would draw a damaged man into your life’.

Kae said she made Chris wait about two months before having sex, and she doesn’t think it was too soon. She also said she can count the number of men she’s slept with on one hand.

How Did He Break Kae’s Heart? 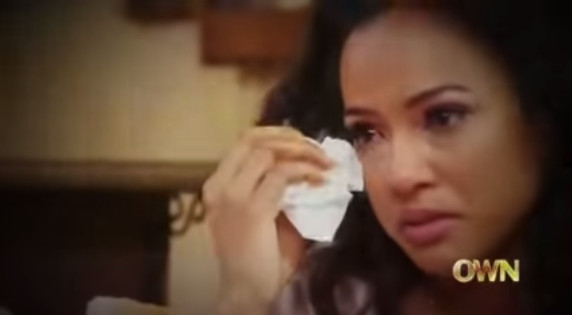 “Betrayal, lying, cheating and everything”. She says she’s embarrassed and the world sees it. She asks, ‘what was I thinking’?

On How Kae Feels About Him Now
Kae said she still loves him. She wants things to be different. She said she tried to help him, she has taken him to church, to pray, do yoga etc.

Kae’s Personality & Family Background
She says she’s not in touch with her feelings sometimes and rarely confides in people what she’s going through. She says she’s OK when she’s not. Kae’s dad wasn’t consistent in her life and her mum and her didn’t talk about relationships.

Taking it Back … Chris and Rihanna
Chris told her ‘he was going out’, while Kae was in his condo. She later saw photos of Rihanna and Chris out at a basketball game. He had said Rihanna and him were friends, when they were more than that.

What Kae Will Change
She says she will say less on social media. 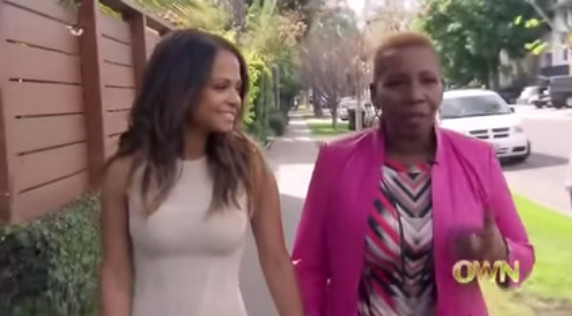 Christina said, “all her friends are family” and advice Kae without judging her or focusing on the Chris situation, but she is private.

Chris Brown Doesn’t Want to Settle Down
Kae wanted to marry Chris Brown, even after, as Iyanla pointed out, ‘he lied to you. He betrayed you and did it all publicly’. Kae said she wanted to wait for him to mature, even though he said he wasn’t ready.

In a touching and funny moment, Iyanla asked Kae if she has ever cried on big bosoms, and held her in an embrace. 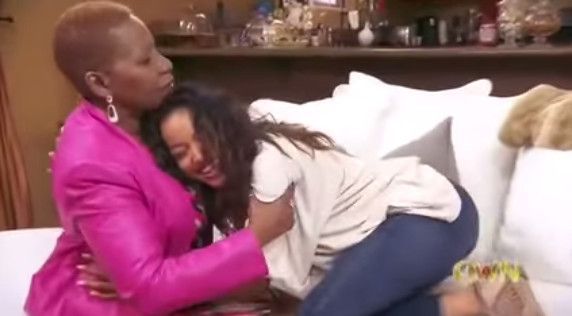 The Mistakes Kae Knows She’s Made
Not having a voice, not having boundaries.

On The News Chris Has a Baby Outside Wedlock
Kae found out he has a baby on social media. He apologized, dropped off flowers and has tried to talk to her in person.

Fame, Famous Men
Kae said fame is not as great as it’s perceived to be, even though there are good moments – traveling, making money, looking nice.

She said she’s open to dating another public figure.

The Future
“It’s me time”. Kae called herself a work in progress, and will focus on being strong and facing her career.

Iyanla’s Final Advice
Give your heart to God and yourself before you give it to another man. “Without a test, you can’t have a testimony”.

Did you catch the interview?!

Love at the Polling Unit! The Election Proposal Everyone is Talking About