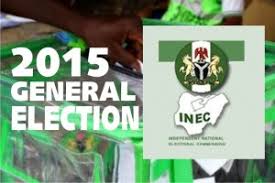 The All Progressives Congress (APC) has urged the Independent National Electoral Commission (INEC) to cancel Saturday’s House of Assembly elections conducted in 13 Constituencies of Anambra.

The state Chairman of the party, Emeka Ibe, at a news conference on Monday in Awka, called for the cancellation of the results in Idemili North and Idemili South constituencies.

Ibe said that the polls conducted in the areas were not free, fair and credible and were not conducted in substantial compliance with the Electoral Act, 2010.

According to him, manual accreditation was again used across the state contrary to the provisions of INEC guidelines on elections, which did not give credibility to the exercise.

He claimed that most of the presiding officers employed by INEC were card-carrying members of the All Progressives Grand Alliance (APGA).

According to him, they were mostly seen either releasing ballot papers to members to thumbprint, or carrying out simultaneous accreditation and voting, even after accreditation had ended.

He said that only five polling units had been collated out of 65 polling units in Obosi, when collation was discontinued without cause.

“Once again Idemili North has been deliberately messed up for the simple reason of being an APC stronghold.”

“The same played out in Awka South where no collation took place at all because INEC collation officer failed to report.”

“The widespread short-change of voters in Onitsha South should not go unaddressed.”

“We have documentary evidence of the situation in four centres,” he said.

Ibe, however, said that the party would seek redress at the tribunal, if INEC failed to cancel the election in the affected areas.

The News Agency of Nigeria (NAN) recalls that INEC had on April 12, declared APGA candidates winner of the state assembly polls in 25 constituencies out of 30.

The commission also rescheduled the polls in four constituencies namely Aguata I, Anaocha 1 and 2 and Ekwusigo, over irregularities while the result of Anambra West constituency was still being awaited.

Meanwhile, the state chairman of APGA, Mike Kwento, has expressed happiness over the victory of the party, saying that it had confirmed the fact that the party was still on ground.

“The victory will give Gov. Willie Obiano the freedom to continue the good job he is doing in the state without harassment from opposition in the state House of Assembly.”

“We are sure that even though we have won in 25 out of 30 seats, we will win 100 per cent in the other constituencies when the elections are finally conducted,” Kwento said.

Check out the Nigerian Flag on the North Pole! Inspiring Runner, Tuedon Morgan Sets Another Record