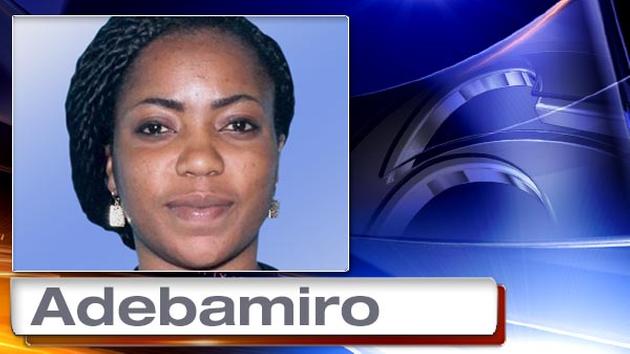 It is the story everyone is talking about. Temitope Adebamiro, a Nigerian mother of 2 based in Delaware brutally murdered her husband Adeyinka Adebamiro by stabbing him on Thursday 23rd April 2015.

Court records in Delaware revealed that Temitope is claiming her husband cheated on her with multiple women including her sister and their nanny’s daughter.

However, since the story broke, online commenters who claim to know the couple have revealed that there is more to the story. With many claiming that Temitope’s story contains several inaccurate claims.

Esteban Parra of The News Journal reports; You can read the full story on the Delaware Online website HERE.

The Grisly Scene
The husband, 37-year-old Adeyinka Adebamiro, was found stabbed in a first-floor spare bedroom of the couple’s home in the 1300 block of Healy Court early Thursday, according to court documents obtained by The News Journal.

The Couple’s History
The two had been married for more than 10 years.

The accused is has alleged that her husband physically abused her, even while pregnant with their two children.

In one instance, she claims that after returning in December, she had to stay in a hotel near the Philadelphia airport for four days because her husband refused to let her into their Red Lion home.

He then paid for her to fly back to Nigeria for a few more months, according to documents. About this time, she learned that her husband had spent Christmas with the nanny’s daughter.

Compromising Photos
According to the records of Temitope’s statement, at some point, she saw several texts and images in her husband’s phone, which she took pictures of using her cellphone. Some of the pictures included images of her sister and the nanny’s daughter.

What Happened on the Night of the Murder?
Police learned the couple had been talking and watching television on the couch about 9 p.m. Wednesday. Temitope and her husband began arguing after he discovered the photos she’d taken on her cellphone and he began erasing them, according to court papers.

As he yelled at her, Temitope told police there was a power outage at which time she went to the kitchen until power returned, according to documents.

Investigators checked with Delmarva Power, which indicated no such power outage occurred at that time, police said.

Temitope then told police that when the power returned, she found her husband in the first-floor bedroom lying in the bed. As she got closer to him, she saw a knife on the ground which she picked up and took to the kitchen. according to documents.

As she put it away, she noticed blood on the tip and that’s when she realized that he was stabbed, the papers said.

Changing Story…
While not admitting to the killing, the court papers claim Temitope changed her story several times about what happened in the bedroom, including to say that she entered first and her husband followed her in with the knife but that he later dropped it.

When police told Temitope that this was not a suicide, the woman “began nodding her head in agreement,” according to court documents.

She has been charged with First Degree Murder and is being held without bail. Since the story broke, Nigerians all around the world have reacted in shock and disbelief.