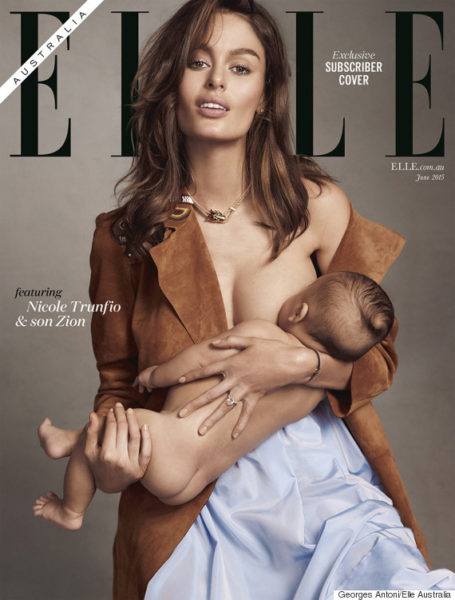 Another magazine cover is causing quite the controversy and this time its Australian model, Nicole Trunfio, photographed breastfeeding her son Zion Rain on the cover of Elle’s June 2015 issue.

The cover shot was actually a candid moment snapped by Georges Antoni.

Justine Cullen, Editor-in-chief of Elle Australia explains that “This wasn’t a contrived situation: Zion needed a feed, Nicole gave it to him, and when we saw how beautiful they looked we simply moved her onto the set. It was a completely natural moment that resulted in a powerful picture.”

The 29-year-old model who was moved to tears by the cover, wrote about why she believes the image is a significant one in an Instagram post on Thursday.

There is nothing more powerful and beautiful than motherhood. The last thing I want to do is be controversial, so please take this for what it is, let us #normalizebreastfeeding there is nothing worse than a mother that is judged for feeding her hungry child in public. #weareonlyhuman I’m so proud of this cover and for what it’s stands for. I obviously don’t look like this while I am breastfeeding but this stands for all women out there, whether you breastfeed or not, we gave birth, we are women, we are mothers. Thank you to ELLE for being so bold and making such an encouraging, positive and healthy statement. #womenunite.

While a number of people love the cover and describe it as magnificent among other words, other people are of the opinion that it is an offensive cover. 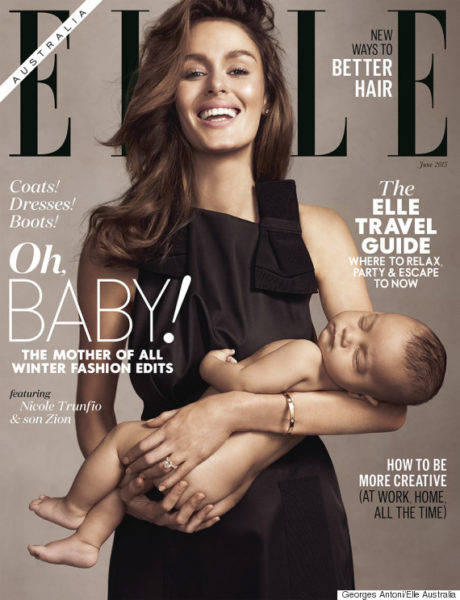