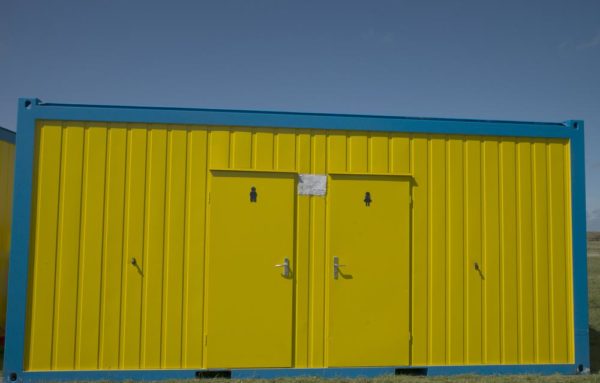 Some residents of Lagos on Friday called on the State Government to provide public toilets on the highways and other strategic locations in the metropolis, for the convenience of the people.

Those who spoke with the News Agency of Nigeria (NAN) identified such strategic locations and highways to include the Apapa/Oshodi/Oworonshoki expressway, the Lagos/Ibadan expressway, the Ikorodu road, the Lagos/Abeokuta road and the Lekki/Epe expressway.

A pregnant woman, Ngozi Eberesim, who wanted to urinate on the Lagos/Ibadan expressway, particularly pleaded for mobile toilets along public highways, to help commuters in traffic. Eberesim, who said she was returning from an ante-natal appointment, said that she could not hold back her urine due to her condition and had to urinate in the open.

“I am just coming from the hospital and I have been in traffic for over an hour. I had to beg the bus driver to stop, so I can quickly urinate on the road side.Because of my condition, I urinate often and it is dangerous for me to hold back my urine. Let the government build toilets at strategic points, especially for people like me, who may be experiencing a similar problem,’’ she said.

NAN reports that at the same spot, a commercial bus driver, who also urinated by the road side, said that because of traffic jams, he had been hard pressed and left with no choice than to relieve himself of the urine.

The driver, simply identified as Sunday, said public toilets should be made available, at least every 200 meters, to help people, especially travelers, to relieve themselves.

He also noted that many petrol stations that usually had such facilities for public convenience often do not allow the general public access to the facilities.

“The traffic has been so intense due to the fuel problem and people will surely become pressed by nature and they will have no option than to urinate or even defecate along the road, particularly in areas where there are no public toilets. The state government can provide toilets and use officials of the Kick Against Indiscipline (KAI) to monitor the facilities, to prevent misuse,” he said.

NAN reports that due to the heavy gridlock on Lagos roads on Thursday, men, women, young and old were alighting from their vehicles to urinate by the roadside, thus making the environment unhygienic.

It would also be recalled that at a stakeholders’ meeting organised by the Lagos State Ministry of the Environment, the wife of the governor, Abimbola Fashola, described open defecation and urination as habits that should be tackled frontally.

“Besides looking unhealthy and foul-smelling, both actions are harmful to the health of residents as experts say they support the spread of diseases such as typhoid and cholera,” she said.

The Lagos State Government is now using the KAI Brigade, under the Ministry of the Environment, to stem the unhygienic habits of open defecation and urination in the Lagos metropolis.