Oluseyi Adebiyi: The Many Masks We All Wear 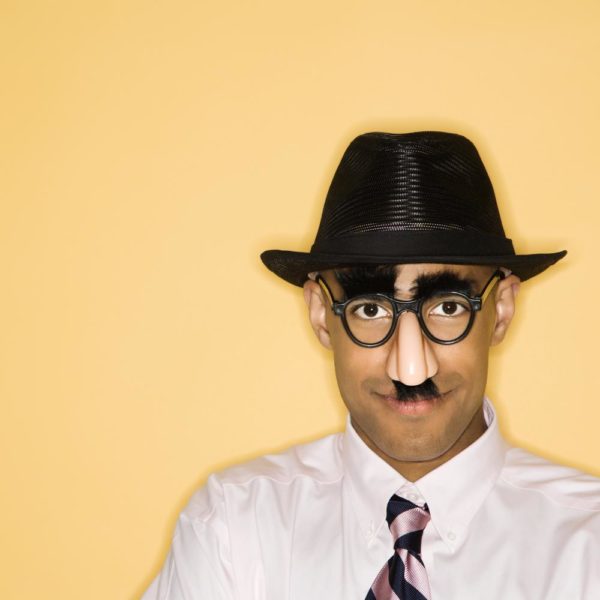 Growing up in the early 1990s, one of the cartoons/movies that caught the fancy of myself and many of my friends was “The Mask.” Directed by Chuck Russell, the movie features Jim Carrey (starring as Stanley Ipkiss in the movie) as a shy and unlucky bank clerk, who finds a wooden mask with which he could easily be transformed into anyone/anything, by simply just adorning it. Watching Stanley Ipkiss change into any form was surely a great delight for me, as he whirled around and then say “Sssmoking, I know what I’m doing.” This quote was perhaps the line of the year for me as I would often try to perform his mask stunt along with my friends when we played. Now over 20 years old and confined into the annals of childhood memory, the movie may have been long forgotten, but definitely not the concept, as it has turned out in our world today.

In a poem written by Charles C. Finn, titled “Hear what I am not saying”, one of the lines that stands out is where he says; “For I wear a thousand masks and none of them are really me.” This line aptly describes what is on display in our world today: people moving around wearing all sorts of masks, with none of them being themselves.

Not peculiar to any locality, country or region, the act of masking has taken on a rather global dimension. Individuals masking their identities, feelings, character, personalities, emotions, etc, all in a bid to gain undue advantage, or acceptance.

We now live in a world where we are told that your appearance determines your acceptance/how you would be addressed. Thus in a bid to be properly addressed/regarded, many people have ended up hiding behind masks, portraying that person who would be accepted rather than who they really are. Across our different points of social meetings (school, work, church, etc), this has perhaps become the norm, as everyone is in a hustle to outwit the other in the act of masking. It is not unusual to find out that your colleague who is ultra-quiet at work is a party starter outside of work, or that guy whose facial expression looks more pious than that of a religious leader in church turning out to be the reverse outside of church. Millions of examples abound everywhere, manifesting in our daily interaction with people. Some people have become so used to masking that they hardly can remember who they really are.

I remember a few months back while stuck in Lagos traffic, I thought to listen to radio and as I tuned, in search of a station my attention was drawn to an interesting trend – almost all the stations I tuned to had their presenters attempting to be more British than the Queen. A tutor of mine would readily call it LAFA (Locally Acquired Foreign Accent). Although this did not deter me from settling for one and enjoying their drive-time program, I sure was not going to forget that in a hurry.

The radio incident is just a microcosm of the general malaise that is beginning to tear down our social, moral and economic fabric. Daily the news is awash with individuals or corporations who have been defrauded of their hard earned money, or even emotions, because they chose to trust in another, who unknown to them had perfected the act of masking. What this has perhaps resulted in, is a society in which trust even in the family is becoming a rarity, a continuation of which surely spells nothing else but doom if not properly addressed.

Let’s do well to turn down on the masking, instead showing up to the world with our real/true personalities, bereft of any disguise or cover ups, ready to conquer in truth and in deed. Remember, to thyself be true. Let’s not get carried away masking that we end up losing every trace of ourselves.
Enjoy!

Related Topics:Oluseyi Adebiyi
Up Next

TechTalk with Confidence Tawo: This Web App Can Improve Your Writing Skills

Hangout with Oando Group CEO, Wale Tinubu as he Shares his Entrepreneurial Journey Live on Google+ | May 25, Africa Day