"Why waste your saliva and brain on someone who brought national blackout?" Adokiye on Jonathan 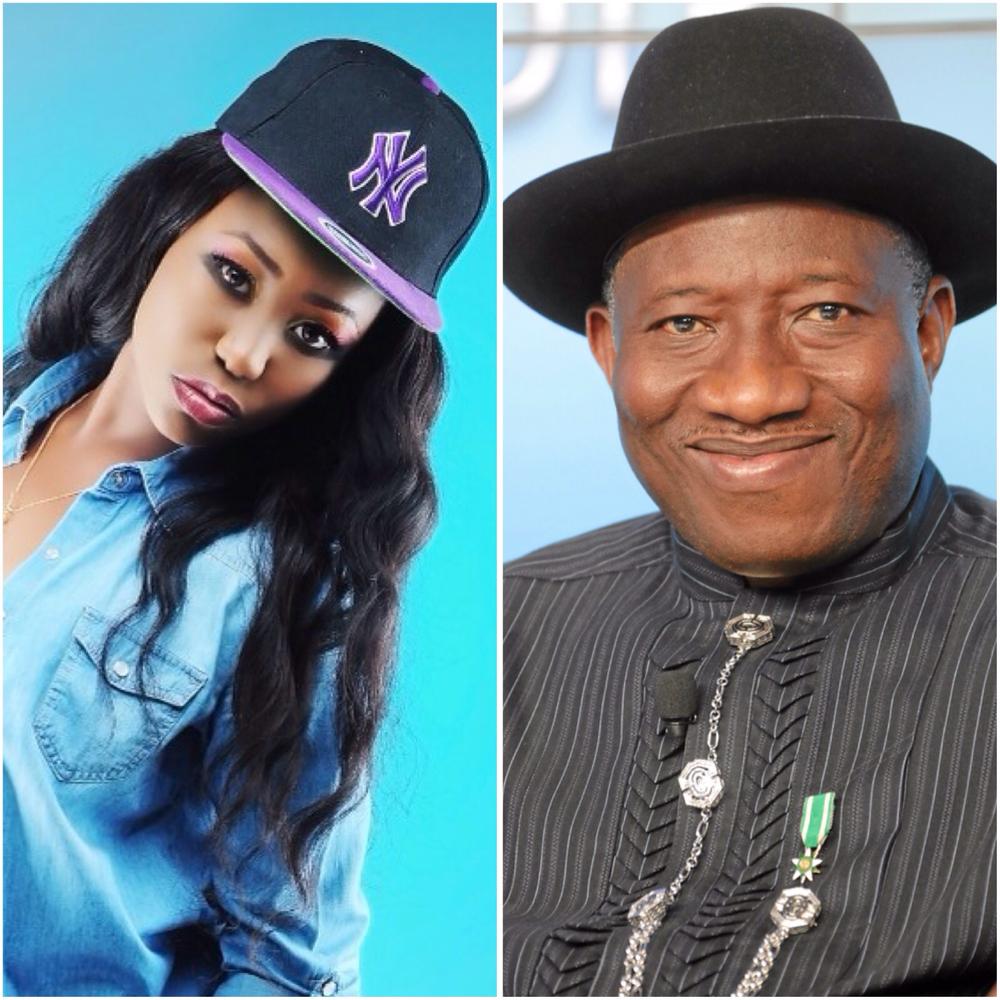 Adokiye has been passionate and vocal about Nigeria’s state of affairs, so her critique comes as no surprise.

Last year, she offered to get deflowered by Boko Haram in exchange for the Chibok girls.

She said her mother is from the same village as the former First Lady, Patience Jonathan, so she speaks without ethnic bias.

“I feel really bad for the Nigerians calling President Jonathan a hero. Hero to who please?” she asked.

“Why waste your saliva and brain on someone who has brought poverty, national blackout, danger, unemployment, terror and insecurity to our dear nation”? she added, as she spoke to the paper at the height of the fuel scarcity.

“Don’t get me wrong, he was my president before now. His wife is even from my mum’s village, Ogu Bolo in Okrika and I know her home. So, they are my people. But my dear, he disappointed me.

“They were all heartless people. People that could not feel the pains of the poor who put them there to serve then. If anybody by now is still calling Jonathan a hero that person should be checked.”