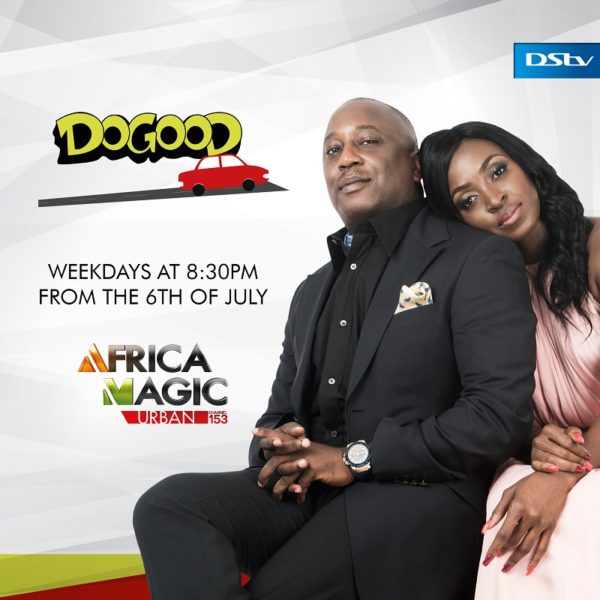 Do-good, which is a spin-off of a popular Nigerian drama series of the 1990s, features the exploits of the titular character Do-good, played by Tariah, who returns from a sojourn abroad to woo his sweetheart Emem, played by Nollywood leading lady Kate Henshaw.

Speaking on the new show, the Regional Director, M-Net (West Africa), Wangi Mba-Uzoukwu, said: “Africa Magic continues to lead the way in creating and showcasing the best content made by Africans for Africans. Do-Good is the latest in a line of exciting content that continues to appear on our channels. Besides being a stellar comedy series, Do-good also tells a story of love and ambition and focuses on the struggles of the ordinary man. It is a humorous depiction of real life situations and definitely promises to be a hit with all lovers of comedy and good television“.

The new sitcom, which also features appearances from other popular comic actors including Tony Akposheri and Yibo Koko, will be available on the Africa Magic Urban channel (DStv channel 153).

John Ugbe, the Managing Director of MultiChoice Nigeria, said: “MultiChoice has supported Nigerian entertainment for over 20 years and we continue to pioneer in the production and showcasing of the best entertainment content the country has to offer. Do-good is a great example of our ongoing partnership with the Nigerian entertainment industry, and it expands our already impressive list of exciting and fun programming for viewers to choose from.”

Do-good is the latest addition to the thrilling content line-up which recently launched on the various Africa Magic channels in 2015 including the telenovella, Hotel Majestic, and the popular late night talk show, Highlites with IK.