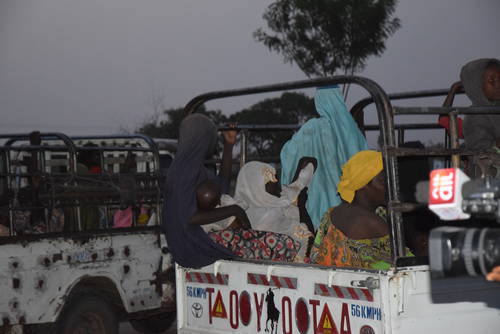 Boko Haram terrorists on Monday attacked villagers in Borno state, and thereafter, slit the throats of 20 individuals including women.

An eyewitness told Sahara Reporters that the attack occurred in the afternoon in Debiro village, as the militants stormed the location on motorcycles and pick-up vans burning down homes and shooting indiscriminately at the villagers. They also looted the villagers’ foodstuff.

”I can’t say tell you the correct number of people killed, but at least 20 people including women had their throats slit.”‎ the fleeing resident said.