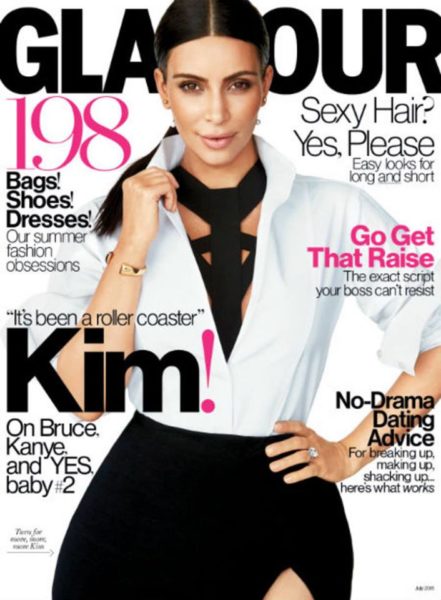 Since Kim Kardashian West revealed that she and her hubby Kanye West are pregnant for their second child, all Kim Kardashian fans have been super excited.

On social media some have even gone as far as suggesting names for the family’s new addition – South West.

The reality TV star covers the July 2015 issue of Glamour Magazine and in it she talks about several things including what it’s like to share her personal life and efforts at being pregnant again on Keeping up with the Kardashians. 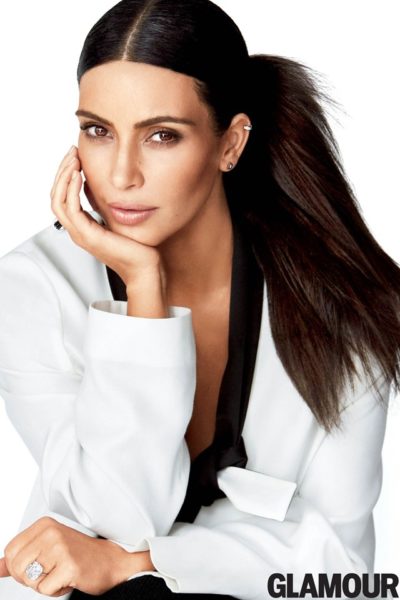 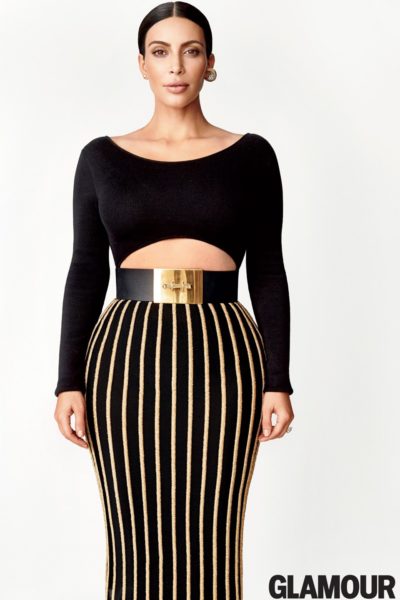 On being different: I’m a completely different person. I don’t know if it’s growing up or being with Kanye, who’s more private, but I try and live my off time as privately as possible. I used to enjoy the spotlight. If I had a day off from filming, I didn’t know what to do. Now I enjoy my family time so much, there is this sense of, If it all went away, and I was just a mom, I would love my life.

On having North West:  Yeah, it really changes you. When I found out I was pregnant [with North], I was going through an awful divorce, Kanye and I had just been dating for seven months—granted, we knew each other for a decade—and I was like, “I can’t do this. It’s not the right time.” But then I figured, If I’m in my thirties and I’m not ready, I’ll never be ready. So it’s been the biggest lesson, and the biggest joy of my life. My best friend told me, “You’ll never remember what your life was like before her, but it’ll be OK.”… North has taught me patience. There’s nothing I wouldn’t do for her. And nothing I wouldn’t do for my husband. She’s empowered us to want to be the best parents and the best spouses…. Today North put on these Manolo heels of mine and was walking perfectly around my closet. I sent Kanye a video of her; he was like, “Tell her to stop! She cannot grow up, she cannot wear your heels.”

On turning 35 soon and having regrets: I mean, obviously as you grow up, no one’s ever 100 percent proud of every decision that they’ve made, and that’s OK. I think as long as you learn from your mistakes, and don’t make them over and over again, you’re on the right path.

On being a role model: I’m not trying to influence anyone else; I’m not saying, “Do what I do.” I think it’s a little pretentious to say, “I’m a role model”; I would never say that, and I don’t think of myself that way. Are there things I’d take back? I don’t know if I’d take back the lessons that I’ve learned. Yeah, there are things that I’d be embarrassed about or wish didn’t happen, but if I didn’t have all those bad, crazy things, would I be who I am today? I don’t know.

On her Paper Cover that ‘broke the internet’: I love it! We were just shooting a cover, me in the dress with the champagne glass. But [photographer] Jean-Paul Goude gave me a book of his images when I was in makeup, and it was, like, Naomi Campbell naked and hanging from a rope—one of the coolest shots I’ve ever seen. So I said to him, “Hey, there’s no rush. My publicist isn’t here. We can kick the magazine out. If you want to work more, I’m here all night.” When everyone came back, I was like, “You guys are going to die when you see what we did.” I had dinner with my mom and Kanye afterward; they were like, “How was your shoot?” I was like, “Oh, good.” I didn’t say anything. When the magazine came out, my mom called screaming, “You didn’t f–king warn me!” She went so crazy. I was like, “Relax, it’s my shoot, my body, my life.”

On Kanye cleaning her look: My style was really fun and flirty and cute; very colorful, very trendy. When I started dating Kanye, he was like, “Babe, you have so many crazy shoes and platforms with spikes and jewels, so much going on. Can I have my stylist come and we’ll clean out your closet?” I’ve become in love with this still sexy but just cleaner look.

On sharing her birth issues on KUWTK: It’s really rare. I didn’t know that I was going to be so open with [my fertility challenges]. But meeting people at my fertility doctor’s office who are going through the same things I’m going through, I thought, Why not share my story? It’s been really emotional. One doctor told me I would need my uterus removed after I had another baby—I could only have one more. One was like, “You should get a surrogate.” The other one was like, “Oh, no, you’ll be fine.” Then I called my doctor, and he’s like, “You know what? I believe—we’ll get through it.”There are definitely times when I walked out [of the doctor’s office] hysterically crying,and other times when I was like, “OK, everything’s looking good—it’s going to be this month!” The waiting and waiting has been a roller coaster.