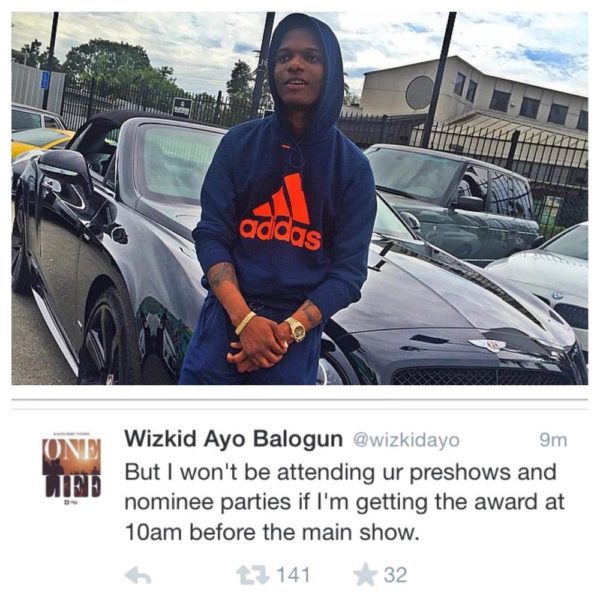 Since the 2015 BET Awards held last night a number of people – celebrities included – have expressed their displeasure at the fact that African artists get their award hours before the actual show is held.

Wizkid, who made a brief appearance on the red carpet at this year’s show, has weighed in on the topic via his Twitter account.

According to him BET is not too pleased that he did not attend the pre-shows or grant interviews. In his series of tweets he explains the reasons for his actions.

Related Topics:2015 BET AwardsWizkid
Up Next