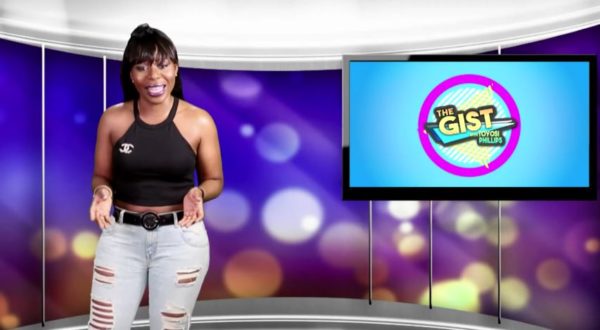 PLUS a candid, hilarious interview with Waconzy! Waconzy graced The Gist set with his wit and fun stories.

Here are some tidbits from the interview,

“No to premarital sex. Sex is more spiritual than physical. Sex is the biggest weapon of the devil. The girl I’ll get married to will be a virgin. I’ve already found one.”

When Toyosi asked if he’s a virgin, he laughed and said, “that’s a question for another day”.

“Girls like it when guys don’t go too fat.”

“I could be in a country for just one day.”

Watch the interview to find out who, and more!

40 & Gorgeous! Rita Dominic Steps out for a Birthday Dinner