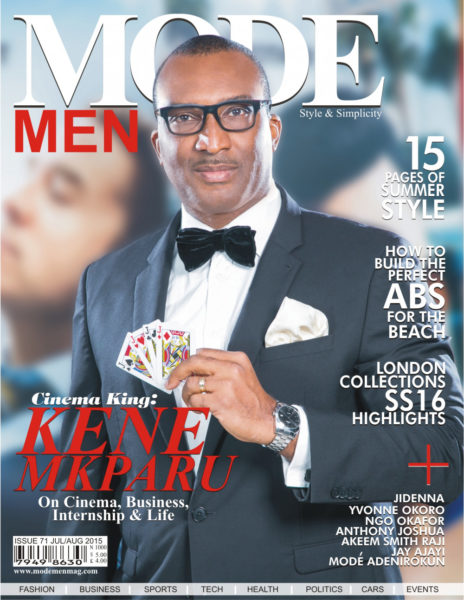 The CEO of Filmhouse Cinemas, Kene Mkparu, is the cover star of the latest issue of Mode Men magazine’s August 2015 issue.

In the magazine, he talks frankly on issues bothering the film industry such as piracy, funding etc. He also shares his journey rising up from a part-time job at Odeon Cinemas, UK to becoming the first black Manager there before eventually moving home to help set up Genesis and finally setting up Filmhouse.

He also shares his philosophies on internship, learning on the job and being the best in whatever you do.

The August 2015 edition also features US based musician Jidenna (who is next month’s Mode Men cover), Yvonne Okoro, Anthony Joshua and lots of summer fashion including the highlights of the London Collections Men SS16 and interesting articles.

Episode 6 of #SkinnyGirlInTransit is here! Watch What Tiwa Gets up to in ‘It’s A Date’