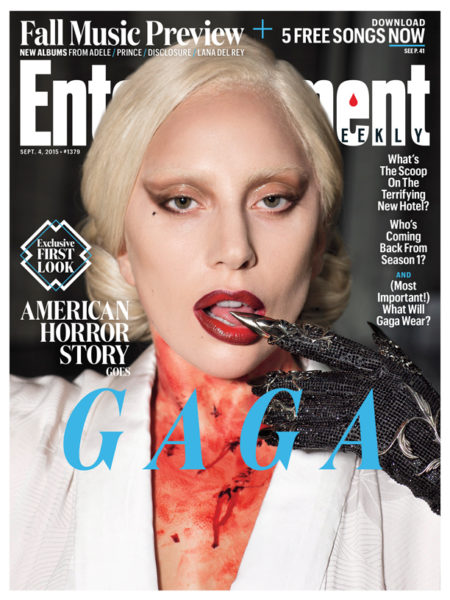 Lady Gaga is giving the world a first look via her cover for Entertainment Weekly as she makes her debut as a leading lady in the fifth season of hit series American Horror Story: Hotel.

The singer will play the Countess, a murderous hospitality honcho at the fictional and historically creepy Hotel Cortez in L.A.

Talking about why she wanted to join the show, Lady Gaga tells EW that ‘I always wanted to be an actress. I was terrible at auditioning. I would clam up. I was very awkward. I wasn’t particularly pretty in high school. I was sort of … blooming. Now I’m here.’

Ready for A Movie Weekend? Watch the New Action/Comedy – “The Man from U.N.C.L.E” with Tickets from Tripican.com