Skyy Vodka Dedicates August Edition of 'Life in the Skyy' to MTV Award Winner Patoranking | Parties with him at Maison Fahrenheit! 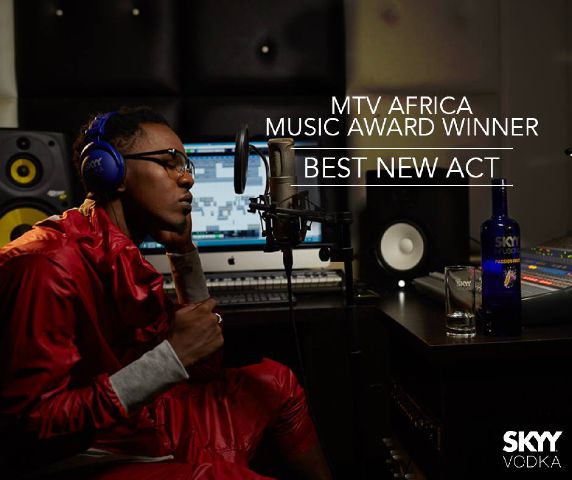 Skyy Vodka is dedicating its August edtion of Life in the Skyy series to its ambassador and Nigeria‘s dancehall sensation, Patoranking, who has just returned from the MTV Africa Music Awards victorious outing in South Africa.

To this end, all routes lead to Maison Fahrenheit Club, Victoria Island, Lagos this Friday 7th August, as celebrities and fans gather to honor Patoranking at a top class all night party hosted by Skyy Vodka. The party starts from 9 p.m. Similar parties will be held in Port Harcourt and Abuja at later dates.

It will be recalled that Patoranking won the Best New Act award at the 2015 MAMA awards which held recently in South Africa.

Abayomi Ajao, Marketing Manager, Brian Munro Limited (exclusive marketers of Skyy Vodka in Nigeria) said the welcome party will be massive, with so many entertainment celebrities expected to be in attendance, adding that similar parties will be held in Port Harcourt and Abuja later to give fans in these locations the opportunity to hang out with their favourite star.

According to him, one of the activities of the night will be the symbolic “big 54 give-away”. This will involve Patoranking giving away 54 bottles of Skyy Vodka to 54 lucky guests, representing the 54 countries on the Africa continent covered by the MAMA awards.