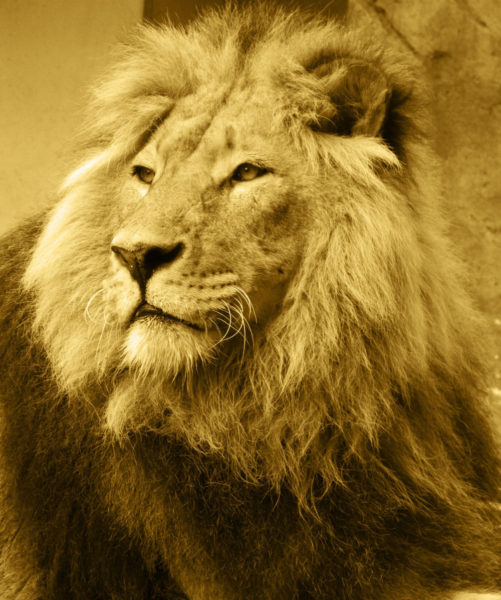 Zimbabwe Parks and Wildlife Management Authority (ZPWMA) said a tourist guide was killed on Tuesday by a lion in a pride he was tracking with tourists in Hwange National Park.
The park is home to the country’s most prized lion Cecil, who was killed in July.

The July killing of Cecil, a 13-year-old, rare black-maned lion by American hunter, Walter Palmer, was met with global outrage and triggered a backlash against Africa’s lucrative hunting industry.
ZPWMA said that professional guide, Quinn Swales, was on a walking safari with six foreign tourists in Hwange park on Tuesday when he was attacked by a male lion wearing a GPS collar.

“He spotted fresh lion spoor and decided to track a pride of lions consisting two females, two curbs and two makes. One of the lions known as Nxaha was collared. It is further revealed that Nxaha jumped out at Quinn. All efforts to save Quinn were in vain,” the parks agency said in a statement.

Police are investigating the case but it was not immediately clear whether Swales was armed. None of the tourists were injured.

Cases of people killed by wild animals in and around Zimbabwe’s national parks often go unreported. In the past, some lions that have killed humans have been shot.

ZPWMA spokeswoman, Caroline Washaya-Moyo, said no decision had been made on whether Nxaha should be shot or not.

Zimbabwe has charged two men in connection with the killing of Cecil, who was fitted with a GPS collar as part of an Oxford University study, and was lured from Hwange and shot by Palmer.
Zimbabwe wants Palmer, 55, extradited from the U.S. to face trial.

From Feeling Ugly to “I Accept Me” – Michelle Dede tells All

Moremi Elekwachi is a Media and Communications expert. She holds a Bachelor’s Degree in Journalism from the University of Georgia, and a Master’s Degree in Communication Management (with a concentration in Marketing communication) from the University of Southern California. She is Founder and Lead Publicist at Euphorique PR, a leading full-service Public Relations & Marketing Communications company that helps individuals, companies and public figures effectively communicate, engage, and build relationships with their target audiences & stakeholders via digital media and traditional media platforms. Prior to establishing Euphorique PR, Moremi gathered a wealth of experience, working at prestigious media companies both at home and abroad including Wondros (Los Angeles, CA), Wildflower PR, and also BellaNaija, where she served as News Editor & Head of Business Development. Moremi is also the founder of www.queenmoremi.com, a fresh platform dedicated to empowering and celebrating the modern African millennial woman, as she strives to live her best life. In her spare time, she loves to write, gossip about popular culture, and sing her heart out. @queenmoremi: Twitter @queenmoremi: Facebook @queenmoremi: Instagram