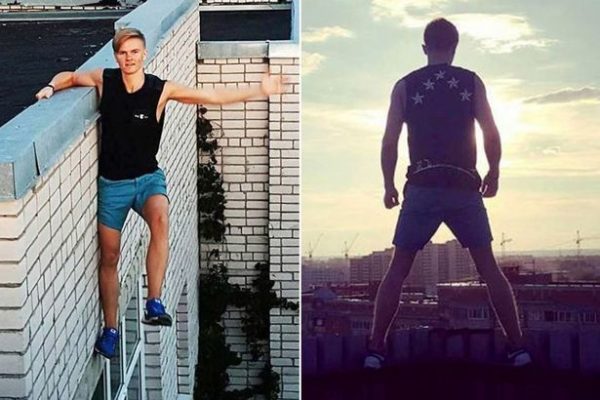 A 17-year-old student in Russia died after attempting to take a selfie on a 9th floor rooftop.

According to Mirror, the teenager climbed to the top of a building in Vologda, Russia, with a friend one evening last week with the intention of taking a photo of himself dangling off the tall building.

Armed with rope and his phone, he approached the edge of the rooftop in the fading light and lowered himself over it. But seconds later, the rope gave way and he plummeted nine floors.

Although several bushes below the rooftop cushioned the boy’s fall, he suffered extensive and severe injuries.

He was rushed to a hospital in eastern Russia’s Vologda Oblast region, where he died around two hours later.

Although local media have not identified the boy by name, they have provided links to his Instagram page, on which he used the handle ‘drewsssik’ and often posted images of himself in high-risk situations.

These include snaps of him posing on rooftops, and balancing on steel girders on the top of buildings.