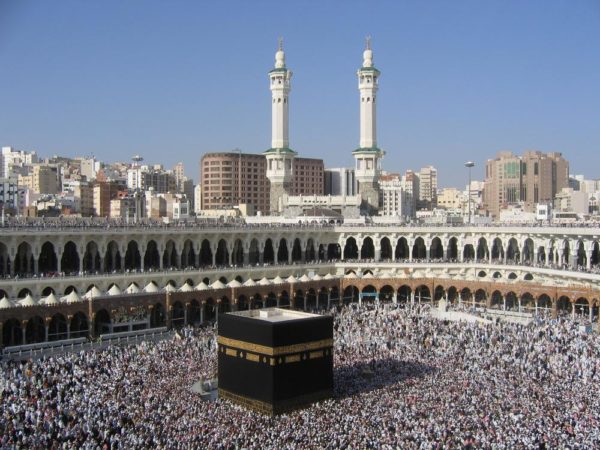 Six Nigerian pilgrims have been confirmed dead while four have been declared missing in the crane accident which took place in a Mosque in Kaabah, Mecca, Saudi Arabia on Friday. The deceased, it was learnt on Sunday, had been buried in Saudi Arabia.

The spokesperson for National Hajj Commission of Nigeria, Uba Mana, confirmed the death of the six Nigerians in a telephone interview with our correspondent on Sunday.

He said, “There are six Nigerians that lost their lives; in Islam, you don’t bring corpses back home. You bury them where they died. Preparations are on the way for their burial as I speak with you now. But I’m sure they will be buried here (Saudi Arabia).”

The News Agency of Nigeria (NAN) also reported on Sunday that four female pilgrims from Gombe State had been declared  missing following the crash. One other female pilgrim got injured during the incident.

The State Amirul-Hajj, Alhaji Abdullahi Mai-Kano, disclosed this while sympathising with the state pilgrims in Mecca over the mishap on Sunday.

Mai-Kano said that the four pilgrims were from Akko, Dukku and Nafada local governments areas of the state.

He said the other faithful sustained injury on her head, but had been treated and discharged.

He said the four pilgrims were declared missing after a thorough verification and bed checking in the three houses accommodating the state pilgrims. The hajj commission had on Saturday said that while three Nigerians were injured in the crane crash, no Nigerian was among the dead.

NAHCON had however stated that investigations by the Nigerian medical team and the Saudi authorities “are still ongoing on the matter.”

The incident won’t affect pilgrimage because airlifting is ongoing. We have already airlifted over 80 per cent of our pilgrims. We don’t intend to stop, people are not scared. We have told our people to be cautious and observe what to do to protect themselves.”

NAN correspondents recall that the crane that was being used for the expansion of the grand mosque crashed killing many pilgrims with several others sustained varying degrees of injury.

Apprehension was experienced at home on whether Nigerian pilgrims were involved.

But the government of Saudi Arabia had said they of identifying the victims before their burial.

They promised to contact all countries that might have lost any of her citizens in the crane accident.

While an investigative committee was said to have commenced searching for the cause of the collapse of the crane, a former Head of Mecca’s religious police, Sheikh Ahmed al-Ghandi, was said to have attributed the accident to an act of God.

Members of the Nigerian Armed Forces on Holy pilgrimage to Saudi Arabia were said to have extended medical treatment to other Nigerian pilgrims in Mecca.

The Director of Islamic Affairs in Nigerian Army, Col. Shehu Garba Mustapha, was reported to have said that it was part of their training that anywhere they find themselves, they must protect Nigerians.

Related Topics:MeccaPilgrimageR.I.P.Saudi Arabia
Up Next

Pres. Buhari to Embark on 3-Day Official Visit to France