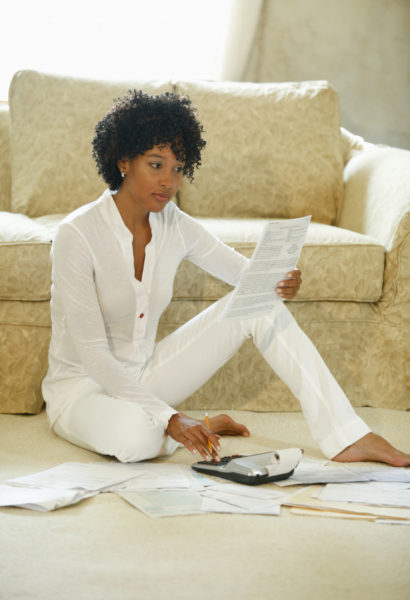 There’s something about Suze Orman’s show that makes me think about Nigerians and our secretive nature when it comes to our income and earnings. The financial guru has a segment of the show called ‘Can I Afford It?’ – where callers list out their assets, liabilities and income with respect to something they want to buy. Suze Orman then analyses the variables and yells ‘Approved’ or ‘Denied’. Every time I catch a re-run, I wonder if any Nigerian would openly voice their income to anyone, much less on TV.
The thing is, we don’t tell anybody our salaries. You get a new job and someone asks you how much the new organization is offering; you smile and say ,”it’s not bad, sha.” Nobody tells you how much they earn. There’s always a shroud of secrecy around your income.
Do you think I’m exaggerating? Okay, tell me how much you earn. No, I’m not joking. I am really asking you to tell me how much is on your pay cheque. Okay, I get it. I’m not your friend, or family member, or colleague. I’m just a stranger on the Internet.

Would you tell your friends then? When was the last time you actually told someone how much you earned? Does your spouse know how much you earn? I mean, it really doesn’t get closer than someone you are married to, now does it?
“Nobody knows how much I earn because it’s not anybody’s business.” My friend, Tomi* retorted when I brought up the issue of our secrecy when it comes to our income. She went on to explain that one of the reasons why she never tells anyone her income is because she ends up either being begged incessantly for money, or she ends up being judged unfairly.

She isn’t the only one who feels this way. My Besto, Mo, agrees with her. He said he is a staunch advocate of not declaring his income to anybody, because the one time he mentioned how much he was being paid, it came back to him on a night out at the club. “You that you’re earning ‘armed robber salary’, you no fit buy bottle for guys.”
This unfortunate state of things has really created a problem for people who genuinely need to know these figures for more useful purposes.

As a Nigerian writer, trying to determine how much to charge for a feature piece is like pulling teeth. It doesn’t help that there’s very little information on the industry benchmark. Do you charge per word written? Do you cost the hours invested in doing research and then charge appropriately? Do you just quote the going rate of the publication you’ve pitched to?

It’s incredibly frustrating because there’s nobody to ask. Nobody will tell you how much he or she is paid; so you don’t have a yardstick. One time I asked someone how much he charges to write press releases and he responded with “it depends”. I innocently sat there waiting for him to provide further insight. What are the factors? Help me! I have no clue about the going rates of these things in Nigeria, that’s why I’m asking. He ended up blowing me off, asking me to seek help elsewhere.

I did… on the Internet. Of course what I found there helped to craft and guide my own rates; but it had very little information on the going rates in Nigeria.

The going rates for different fields, level of expertise is pretty common information in the West. You ask an American how much they earn and they tell you 70, 000 per annum. It’s not the key to Armageddon so they just hand it to you. There’s no fear that the asker is going to ask them to help pay their children’s school fees, or that the asker is going to start calculating their disposable income for them. It is just a simple response to a simple question.

However, Mo and I disagree on this. He insists I am being overly simplistic. When I raised the point of having that information handy -especially for negotiations for a new job- he said, “People will give you a ballpark figure. Don’t expect more than that. Do you really need to know the actual figure?”

I responded that it helps to know what you’re working with before you go into a negotiating room with prospective employers. Besides, employers often leverage on this shroud of secrecy to get you to under-negotiate.

‘What value am I adding to the company?’
‘How much is the company willing to pay for the services I am offering?’
‘What do they currently pay for their existing staff in that role?’

“These are very valid questions, so it would really help if my friend who works for that company gives me some information” – I insisted.

Mo snorted, “Look, even husbands don’t tell their wives how much they earn. You’re now expecting a friend to tell you how much he earns? People will automatically think you want to start helping them spend their money.”

He was right, and his words reminded me of a comment I read on BellaNaija under a wedding post. Someone commented that Lamide Akintobi was not wearing the aso-ebi, and went on to say they were sure Ebony Life didn’t pay that poorly.

I cringe in shame at the mindset of this generation. How do you in good conscience genuinely think it’s okay to sit in your house and apportion how another person chooses to spend his income?

Now, the pool is so muddied by these people, that we can’t innocently ask for income details in order to have a better understanding of how an industry works.

Trust is a fundamental element of every relationship; let us try to uphold its sanctity, so that people can slowly let down the bridges on the basic and simple things of life.

Let us be kind, considerate and thoughtful in everything we do. It really comes down to the simplicity of interacting in a humane manner, so that life can be easier for all of us.

Mnena: My Sanitary Towel in a Black Plastic Bag