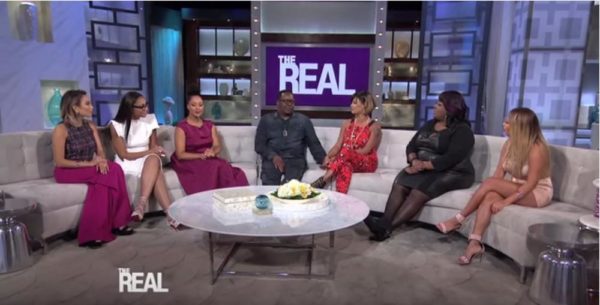 In what can be described a really uncomfortable and sad interview, Bobby Brown along with his wife Alicia Etheredge were guests on the debut episode of the new season of daytime talk show “The Real“.

Bobby spoke lovingly about his daughter and described how he misses her smile. He also revealed that he believe Whitney Houston “called” Bobbi Kristina to her.

“She (Whitney Houston) was not comfortable by herself, I guess and she just called my daughter with her.”

“God was gracious enough to give me a baby girl (daughter Bodhi) in the last two months, you know, after losing one.”

Bobby also hinted that he blames Bobbi Kristina’s boyfriend for her death and that there was a domestic violence issue.

“I mean I’m not going to call anybody out, but I really want to just tell the DA of Atlanta, Georgia that he needs to look closely into the investigation that’s going on that caused my daughter to pass”