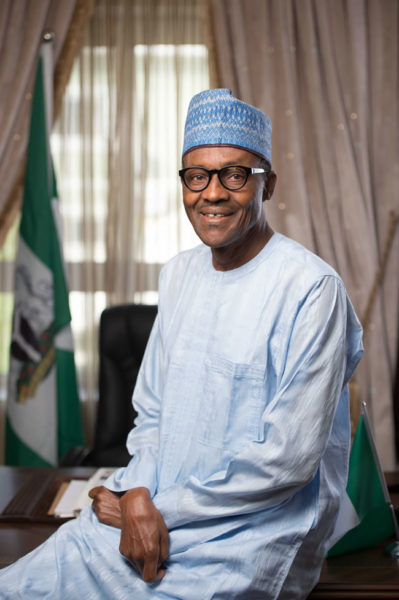 Musician/Social Commentator Etcetera has published his weekly article on his website – Etcetera Live – the focus of today’s article is Mr. President, Muhammadu Buhari.

We often use benchmarks as measures of progress. ‘How is your favourite football team doing at the beginning of this season?’ ‘How many words does your one-year-old son say in a minute?’

And, of course, there’s the time-honoured measure of how well a new president is doing after 100 days in office. In case you hadn’t heard, that benchmark is here for President Buhari.

You may feel it’s a little impertinent for me to issue a report card for President Buhari on his performance during his first 100 days in office. Yes, I’m not his teacher, and he’s not my student.

But what the heck? It’s a free country and everyone else is doing it. So here it goes:

Confidence:- Buhari has brought back confidence in governance. Especially in tough times, the confident presence of a leader begets confidence in those that he or she leads. With his steady demeanour, optimistic outlook and command, Buhari embodies confidence. The number of incompetent heads of parastatals he has sacked so far reflects that sentiment. The percentage of Nigerians who think the country is on the right track is up. Grade: A1

Pace of Governance:– When the pressure is high, leaders need perspective. They need swift action. Buhari is working on so many things all by himself that it’s sometimes hard to keep track of all of them. He has too much on his plate. He should get into perspective and allow others do the job where he can’t. It won’t be a surprise to discover that the president is in charge of his travel itinerary, meeting schedule and other range of issues on his plate. He runs the risk of edging toward a burn out. Well, some argue that the president is keeping a pace that works for him. Grade: F9

Communications:– Effective leadership communication is outcome oriented and audience specific. President Buhari is clearly not an articulate communicator and he doesn’t do enough to shape his message to the audience. Hearing Mr. President pronounce APC leaves you lost and wondering if you heard him correctly. Maybe his media aides should have used this as an excuse to exonerate him from the hundred things he promised to have achieved before his first 100 days in office that has now capped him as a liar. Buhari’s tone of voice usually stays within a fairly narrow range. He could do better here. Grade: F9

Team Player: – There are two major factors on this distinction. The first is to get a great team in place. The second is to get your ego out of the way and allow the team to do their job. Buhari has stumbled here and most people will agree that his failure to appoint ministers in his first 100 days in office has been a setback to governance. Whether you agree with me or not, Buhari can’t be president and ministers all by himself. We need competent hands to man the various ministries. You cannot achieve a lot in three and half months without the support of a team. Good leaders are the keepers of the what, not the masters of the how. Assembling a strong team also helps in establishing an agenda. Buhari needs to realise that he’ll likely never have more momentum than he has now if he doesn’t put a team on the ground. Grade: F9

Accountability and Responsibility: President Buhari has done fairly well with the campaign for government officials to be held accountable for their actions or inactions. He has brought a sense of transparency and has taken some interesting first steps in promoting government accountability. I think this is an area where there is a lot more to do however. For instant, there hasn’t really been a clear explanation yet as to how he is going to tackle corruption and how the country will avoid being ripped apart by government officials in the years to come. Grade: C

Economy: – This has so far been one of the president’s worst subjects. He may be making a grave mistake focusing all his attention on recouping looted funds instead of providing the basic needs of the people. Never in history has this approach successfully led a country out of recession. This might lead to an unhappy ending, and more inflation. The continuous drop of the nation’s currency is stark reminder that we are still in the worst slump in 50 years. Grade: F9

National Security:- Nigerians are still not experiencing any sense of security. People are dying and getting maimed everyday on the streets by hoodlums and touts. Boko Haram insurgents are still using the yet to be found Chibok girls for their bombings. Armed robbers are having a field day carting away properties. The country is still not safe. Grade: F9

Finally, President Buhari’s first 100 days could have been a lot better, but, scarily, could have been worse. Let’s hope the President gets some serious tutoring on the economy 101. I will be anxious and hopeful to see improvements and real results next semester.

The Olu of Warri has Died