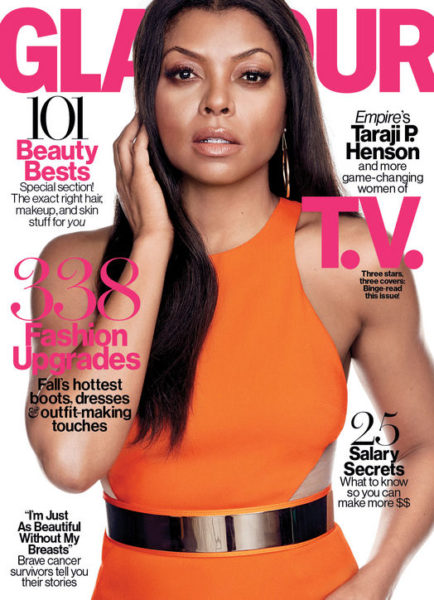 We are counting down to the return of Lee Daniels’ hit series ‘Empire’ and in the interim we’ll talk all we can get from the cast members.

Taraji P. Henson – or Cookie if you prefer – has landed one of three covers for the October 2015 issue of Glamour magazine. The other issues are covered by Emma Roberts and Gina Rodriguez. 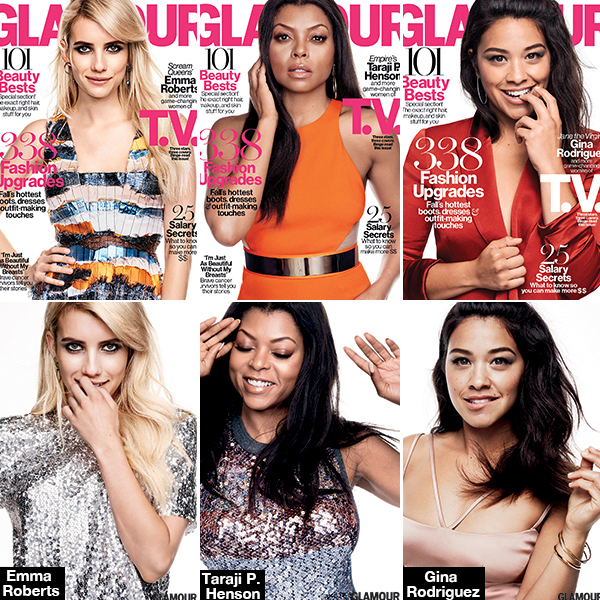 For the magazine shoot Taraji was photographed by Steven Pan and the 44-year-old actress talks to the magazine about being a mom, black Hollywood and so much more. 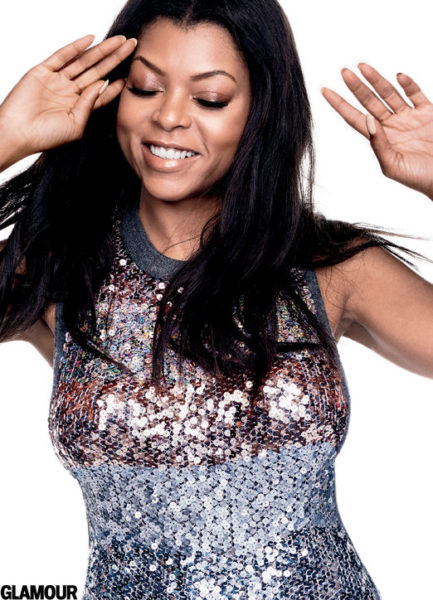 Taraji, on being a mom first: “I’m a mother first. I’m not trying to bring this guy and this guy around. I’m raising my son, and he’s gonna respect women, and that starts with me. [Dating] in the spotlight—I have to consider my son. I don’t want to make it uncomfortable for him when he goes to school with his peers. And I have to answer to my mom too. And my 91-year-old grandmother. I can’t be like, ‘Nothing, Grandma, I didn’t do it; it’s just a [picture of a] girl that looks like me, I promise!’”

On why people connect with Cookie: She is everybody’s alter ego. She crosses cultures. [Last year] we went to Paris and screened the pilot for a thousand people. Lee Daniels [the series’ cocreator] brought me onstage. The audience stood up on their feet and clapped. I cried because, for so long in Hollywood, I’ve been told that black women don’t do well overseas, that they can’t open a film overseas. That moment for me was the best moment of my life. That’s better than any trophy, any award, any nomination. You know how they say music can heal the world? I feel that way about art in general.

On black Hollywood: I think we are making strides in Hollywood. It’s the world that I’m more concerned about…. My son grew up in a pretty much all-white situation and went to the best of schools. I saw the change when he got older and started to get that life is different for him [as a black male]. He came home crying, like, “Why do white people hate us? Why can’t we fix this?” This can be fixed. I’m gonna try my best to make change.

On what she is looking for in a partner: I’m not twentysomething. I’m not trying to find myself—I know exactly who I am and exactly what I want. And I don’t want a fan. I want a man who understands me, who challenges me, who calls me on my sh-t instead of letting me get away with it because I’m supposed to be a star. I want a best friend.