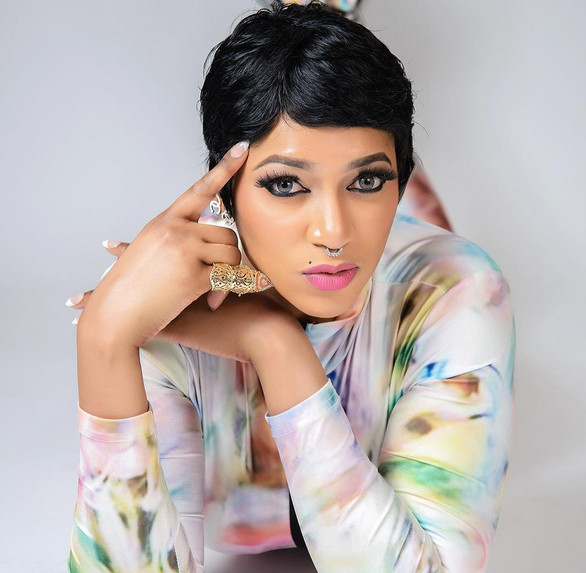 Nollywood actress Rukky Sanda has been very busy in the past couple of weeks.

From celebrating her birthday to premiering her latest movie ‘Dark’, the 31-year-old actress has quite a lot to talk about.

She had a chat Sun Newspaper recently and she talks about her past decade in the movie industry, making money, her style, what she’s looking for in a man and so much more.

On ‘Dark’: I was actually writing Walls Within, a romantic comedy and all of a sudden my creative juices dried up. I think I was in my room and it was dark. I think that was how I came up with the title. When I finished writing, I could barely see what I’d written because I was just scribbling everywhere. It took me about another whole day to try and figure out my own handwriting. Dark is something different. It’s actually not your regular Nollywood movie; it’s a thriller.

On becoming a producer: It was a business decision because at that time, actresses were not well paid. I decided to go into production because I’d always been a business person. I think I was one of the first actresses who produced her own films in Nollywood. I made my debut in 2004 and produced my first movie in 2005. 10 years have rolled by ever since. I was already doing business when I got into Nollywood. I mean, I used to sell stuff so I had my own cash. And obviously mom supported me with a loan which I later paid back. Starting out I wouldn’t say was easy because as at 2005, N3 million was a lot of money. I’ m my executive producer. It’s not like I don’t believe in executive producer hunting but it is just not my thing.

On her debut movie: Some people are still owing me money for my first movie. In fact, one is still owing me N.8 million. He’s a fel­low producer I gave my master copy. He was supposed to drop it off somewhere but he dubbed it behind my back and started selling it to television stations. By the time I took the movie out, everywhere I went people said they already had it. To this day, he’s not been able to come up with the money.

On making money: Yes of course; if I’m not making money I wouldn’t be here. It’s been a blessing and an amazing experience, a mixed grill to be precise. We’ve had serious issues with piracy and all of that stuff this year. I actually said ‘Rukky, you’re not doing movies anymore!’ And then I started focusing on my interior design business. But the truth is that at the end of the day, I have scripts I have written which I want to produce. It’s fun anyway but I don’t think I could ever quit producing movies; I love it though it’s stressful.

On her style: It just means expressing yourself the way you want and being comfortable in your own skin; it’s all about being com­fortable and happy with yourself.

Get Tickets on Tripican.com to Watch ‘The Perfect Guy’, ‘Transporter Refueled’ & More this Weekend!