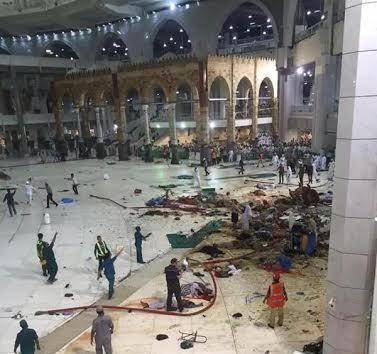 In the aftermath of the tragic crane accident at Makkah Grand Mosque in Mecca, Saudi authorities have announced that families of each of the 111 people who lost their lives in the accident will be paid compensation of (SR1,000,000) one million Saudi Riyals – approximately N70 Million.

According to The Nation, top officials of the Saudi Binladin Group have been banned from traveling outside the kingdom after the construction company was partially blamed for the accident.