NgCareers: 6 Secrets Your Boss Doesn’t Want You to Know 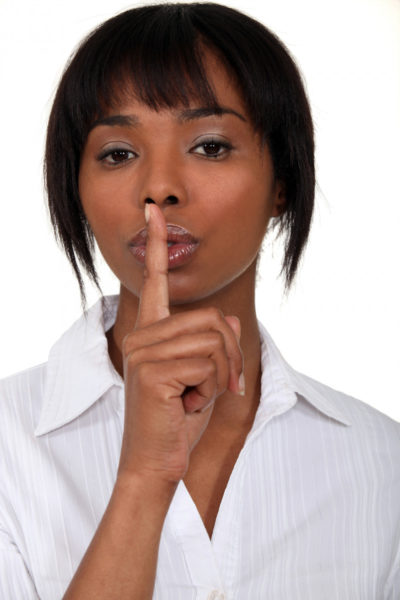 Some bosses more often than not, abuse their positions of power, and really though, can you blame them? I mean, if you had the power to shut down people who grate on your nerves and to regulate your office the way you wanted, I am taking a guess that you probably would too. However, bosses often use their power and authority, along with our own personal ignorance, to keep us in the dark.

Every boss has one or two dirty little secrets that will take away some of that shroud of secrecy surrounding their authority. Here are 10 things that your boss doesn’t want you to know; use these secrets wisely. Power to the people!

You Remind Him of ‘Him’
Once upon a time, in a far away kingdom, many years ago, your boss was just like you.
Did you just laugh? Hard to believe right?
It may seem hard to accept, but there was a time when he or she was a lowly entry-level worker. They worked and clawed their way up professional murky ladder of some company to get to where they are. Bosses, managers and team leaders aren’t born; they are molded and created over time and through varying experiences. Your boss doesn’t want you thinking they were in any way as incompetent as you are now; or to even imagine that they too worked for a mean boss. But the truth is, everyone has a starting point, and it is not always pretty.

They Make Mistakes Too
In a society where the idea of making the slightest mistake seems preposterous, bosses often do a lot to cover up when they make a mistake, but in the end, anything that goes wrong under their supervision falls back onto them. Every single individual has made one or two mistakes in life, messed things up or just found themselves incompetent at times; well for your information, boss is no different. Under that puffed up chest, harsh voice, hard exterior and iron fist, your boss makes mistakes just like you do.

They Monitor Everything
Hello my fellow compatriots, if you have a company email address or if you have a work PC, I can bet that your boss has access to every company property-that includes your email and PC. If you have an overly sensitive boss, then he or she is most likely monitoring everything that you do and every email you send on your computer. Over the years, there have been horror stories of bosses using password trackers and different technology on company computers to access personal email accounts or social media accounts; just be aware, if you are doing something on a company computer, there is a good chance you are being watched. Proceed with caution.

It is a Jungle World
Put it at the back of your mind, wear it like an amour, do whatever you like with it but always remember that there are no friends in the jungle. Your boss might be your friend; you might have weekend hangouts with family and friends, but trust me, if it comes down to you or them, it will always be them first. If for instance you make a mistake at work and it comes down to you being disciplined or your boss taking the fall for you, I think you will be the one who ends up getting served. I am not saying that it wrong to be friends with your boss, no, all I ask is that you remember to be careful with what you tell your boss, and be sure to remember that it is a jungle, and only the fittest survives.

They Need You
I bet you boss will never tell you this one, but truth is they probably need you. It takes time, skills and patience to hire the right employee, train them, and allow them time to become exceptional at what they do. Your boss definitely doesn’t want to go through all the trouble again in order to replace you. So, as long as you show up and do your work, your boss doesn’t want to get rid of you; use that fact to your advantage.

Annoying announcements at 4pm on Friday
Quick question, have you noticed that all those meetings where you were told about all those mandatory overtime, or pay cuts or layoffs, or general complaints about any negative behavior by staff are almost always held on a Friday, just before everyone heads home for the weekend? You think it’s a mere coincidence that all the bad news must get out on Friday at 4pm? Well, wake up and smell the coffee baby, the answer is NO.

It is simply because your superiors know that there is less room for trouble for the company, if you get the bad news on the way out with a whole weekend to cool off. It may seem kind of deceptive, but your boss is going to use every weapon in his armory to protect his interest and that of the company.

Bosses are, ultimately, just humans. They don’t have any super human powers and they are not in any way different or better than you, but they certainly will not let you know that. Power often has a way of turning Jekyll into Hyde, but thankfully, you are now prepared with the secrets to counter your boss’ secrets.

A quick word of caution though, if your boss feels threatened by you, there is a probability that they’ll try to get rid of you, so play it cool, act dumb, and just show up trust me, it will be easier that way anyway.

Anike Afolabi: 5 Principles To Teach Your Child Who Has Made a Mistake