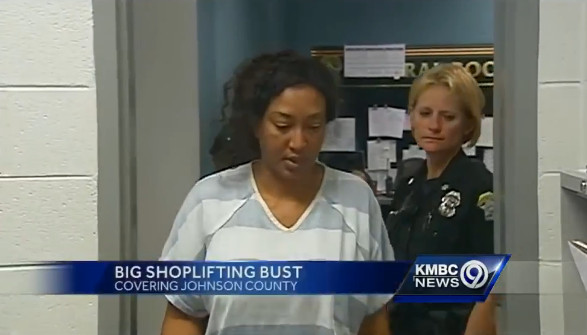 A Nigerian woman has been charged with felony theft after she was caught shoplifting while on vacation in the United States.

The accused, Jennifer Akudihor, had two toddlers and an infant with her, hiding the 66 stolen items in shopping bags and inside the stroller she was pushing through Macy’s at Oak Park Mall in Kansas, KMBC reports.

She has been charged with felony theft.

“The officer in the report said that she was very apologetic and remorseful, and that does go a long way, and he put that in the report, so I think it does help in this situation,” said Gary Mason of the Overland Park Police Department, said.

“Everybody has a story. There’s always a lot of reasons why people do this, and it’s not for us to decide. It’s up to the courts and the judge to look at her case.”

Mason also stated that it is unclear what motivated the thefts, and whether the items were taken simply because Akudihor didn’t have money to pay for them.